It is a familiar sight in the media to see the prices of the four precious metals displayed. These are generally expressed in terms of dollars per ounce but may bear little resemblance to the price of one ounce of the metal in a piece of jewellery or in a small bar. So what does this number actually mean?

There are a number of factors that need to be considered to answer this. The first is that the price is quoted per troy ounce. 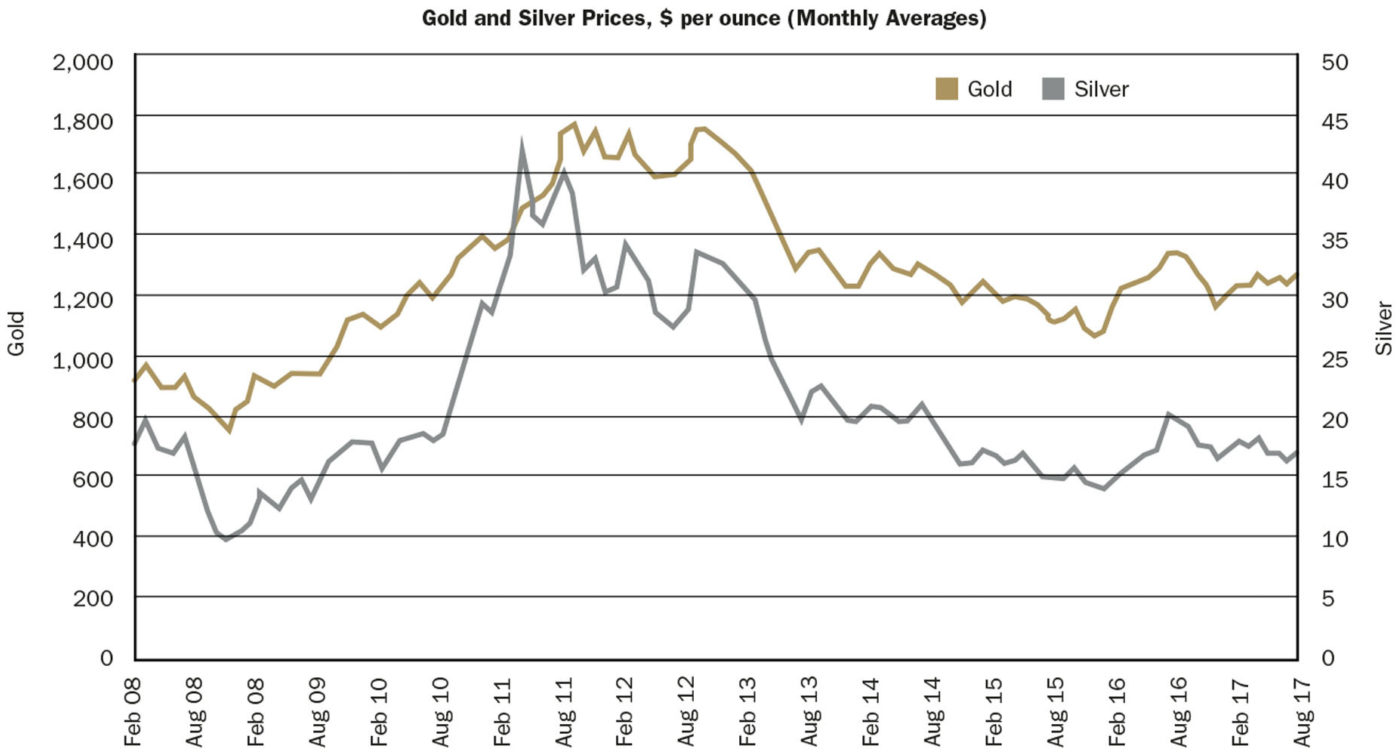 The ounce that many people are used to in their everyday lives is the avoirdupois ounce of which there are 16 to the pound. This is equivalent to 28.3495 grams.

However, precious metals are not measured in avoirdupois ounces but in troy ounces. There is some debate as to the origins of the term. However, it is generally thought to refer to a medieval fair that was held in the French town of Troyes and where gold and silver could be purchased. The troy ounce is approximately 1.1 times larger than the avoirdupois ounce and is equivalent to 31.1035 grams.

Throughout this Guide, whenever the term ‘ounce’ is used, it will invariably refer to troy ounces.

To be a little more specific – for gold, ‘ounce’ refers to one fine troy ounce and for silver, platinum and palladium one troy ounce. The significance of this differentiation is that, in the case of gold, the unit represents pure gold irrespective of the purity of a particular bar, whereas for silver, platinum and palladium, it represents one ounce of material of which a minimum of 999 parts in every 1000 will be silver and 999.5 parts in every 1000 will be platinum or palladium, respectively. Fineness is defined more fully later in this section.

It takes little imagination to realise that the smaller the increment of metal that is purchased, the more expensive it is likely to be in terms of the weight purchased, since there will be many fixed costs associated with its manufacture. Therefore, a 1 gram bar of precious metal will be considerably more expensive on a like-for-like basis than a bar weighing one troy ounce.

However, the prices that appear in the media normally represent the wholesale market and, hence, are for considerably larger sizes, i.e. what are referred to as either ‘market’ or ‘large’ bars, but more properly as ‘London Good Delivery’ bars. The LBMA defines the requirements for gold and silver, and the LPPM the requirements for platinum and palladium. The full specifications are laid out in sections 5 and 6. For the purposes of this section of the Guide, they are broadly defined as:

Therefore, in the case of gold, the published price refers to a fine troy ounce of the metal in a bar weighing between 350 and 430 troy ounces, which meets all of the required standards (as defined in section 5).

Refiners of gold and silver have to satisfy the LBMA Good Delivery Rules that their bars meet the stringent requirements set by the Association, whilst refiners of platinum and palladium have to similarly satisfy the Rules set by the LPPM. The LBMA and LPPM accreditations are the internationally accepted standards of product and refinery quality. Full details of the requirements for joining the Good Delivery Lists of the precious metals can be found on the LBMA and LPPM websites.

The standard delivery location of gold and silver is London – also known as Loco London. This is ultimately an account held with a clearing bank for precious metals and backed by metal held in a vault in London that forms part of the clearing system. (The role of London Precious Metals Clearing Limited – LPMCL – is covered in more detail in section 7).

However, while there must be two good London business days between trade date and spot, if a US holiday falls between the trade date and what would otherwise be the good spot date from the London holiday schedule, the US holiday is generally ignored. It is worth noting though that metal will not settle on US holidays.

Sometimes it can be the case that certain institutions will prefer to have two clear business days in each of London and New York to ensure that there is sufficient time for both currency and metal to settle. Therefore, it is worth clarifying with the quoting institution to ensure that any possibility of confusion in minimised.

Precious metals are, by default, quoted in terms of US dollars per troy ounce. However, prices can generally be obtained against any freely convertible currency.

Bearing in mind the above conditions, the generic price quoted for a precious metal by the media almost inevitably will be for a troy ounce of the metal delivered Loco London, for gold and silver. In the case of platinum and palladium, whether the delivery location is London or Zurich should be specified, but if no location is noted, then the assumption is likely to be that the metal will be settled Loco London.

The metal will be credited/delivered on the spot date in terms of US dollars and will also conform to the rules regarding Good Delivery bars.

Based on the Loco London price, dealers can offer material of varying fineness, bar size or form (for example, grain/sponge) at premiums (or discounts depending on circumstances) to cover the cost of producing small, exact weight bars or bars of a fineness above (or below) the minimum 995 fine (in the case of gold).

This holds true across all four precious metals that can then be shipped to destinations around the world at prices inclusive of freight and insurance.

Equally, metal can also be quoted at a discount to the Loco London price should there be insufficient demand for gold kilobars in India, for example, or should bars not have been produced by a Good Delivery List refiner and, hence, need to be ‘upgraded’, and so on.

While gold and silver have always been predominately settled over accounts in London – so called Loco London trading – traditionally, platinum and palladium have traded Loco Zurich – in other words, over accounts that were held at one of the then three large Swiss banks (Credit Suisse, Union Bank of Switzerland and Swiss Bank Corporation). However, following the merger of Swiss Bank Corporation and Union Bank of Switzerland (which formed UBS) and the substantial scaling back of the market presence by Credit Suisse, there has been increasing interest for the PGMs to trade as a predominately Loco London market.

However, while most PGM market makers do solely quote for Loco London metal, between themselves, the picture is rather more nuanced for customer transactions. Thus delivery location should be specified prior to requesting any prices (for settlement over London or Zurich accounts) and, indeed, there may be a price difference between the two locations depending on market conditions. This differential should never get too out of line or be that long-lasting, as metal can be shipped between the two centres fairly simply and rapidly. 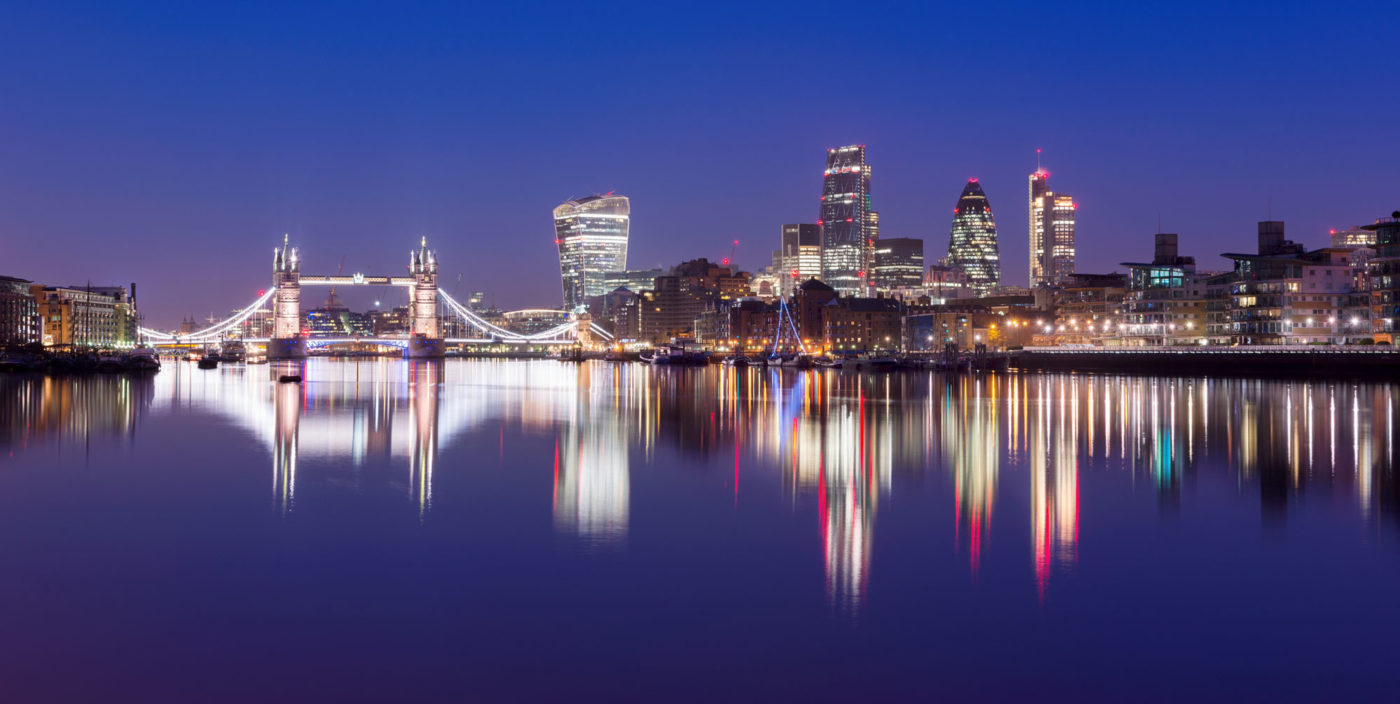 For gold, the trading unit is one fine troy ounce, and for silver, platinum and palladium one troy ounce. The significance of this differentiation is that, in the case of gold, the unit represents pure gold irrespective of the purity of a particular bar, whereas for silver, platinum and palladium, it represents one ounce of material, of which a minimum of 999 parts in every 1,000 will be silver and 999.5 parts in every 1,000 will be platinum or palladium, respectively.

The process by which fineness is determined.

The prices of the four precious metals quoted in the media may also be the global benchmark precious metals prices (LBMA Gold, Silver, Platinum and Palladium Prices). This important topic is covered in more detail in section 11.

Clearly, gold, silver, platinum and palladium are all traded metals. It is an important distinction that it is not unallocated or allocated metal that is traded, but the metal itself. The terms ‘allocated’ and ‘unallocated’ simply reflect the type of account over which the metal clears post trading of the underlying metal. These types of accounts are covered more fully in section 8. 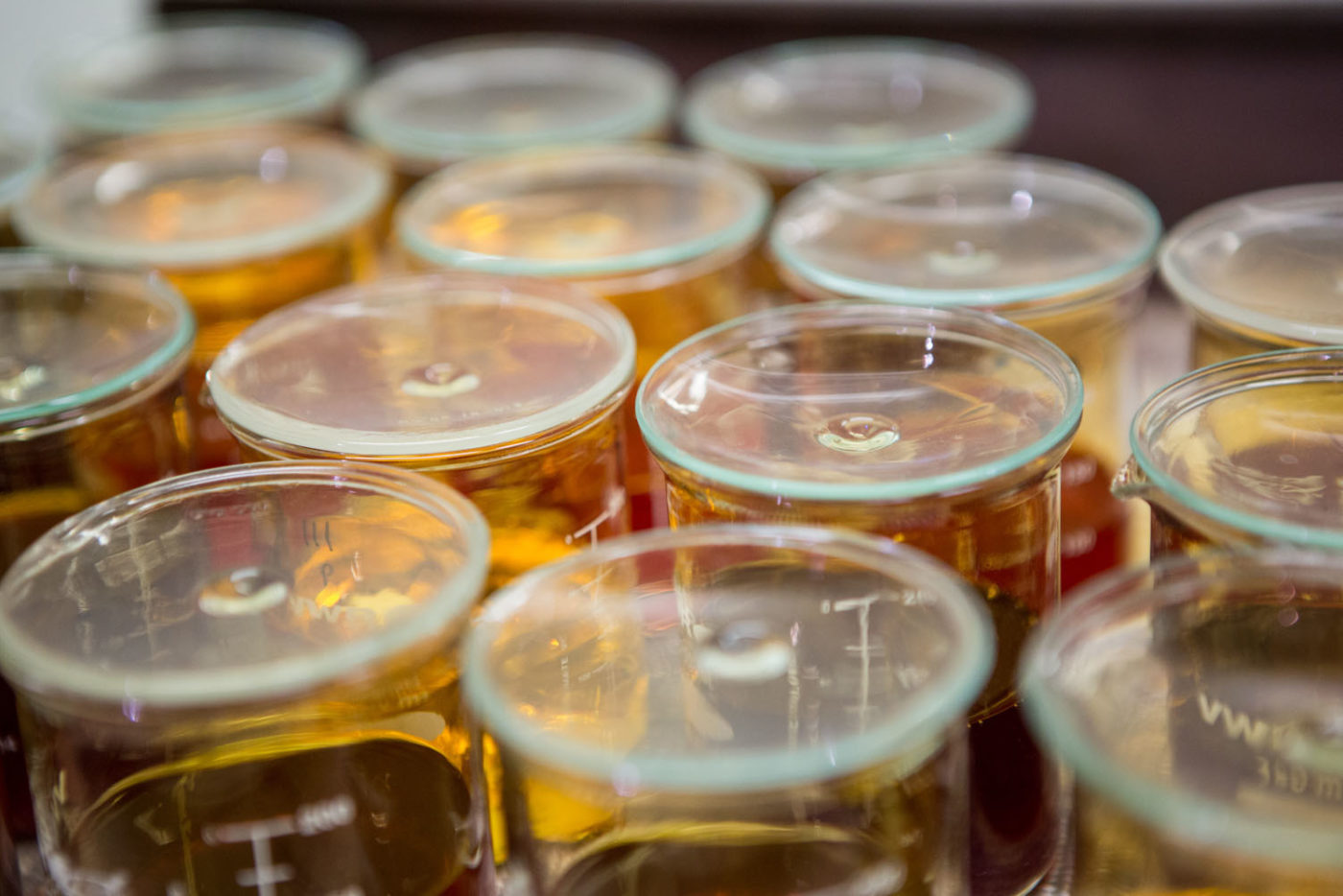 As mentioned in the introduction, the Bank of England formally recognised those refineries that produced gold bars to the required standard in 1750 via the London Good Delivery List for gold