Image credit: © The Trustees of the British Museum; Shared under a Creative Commons Attribution-NonCommercial-ShareAlike 4.0 International Licence

Sutton Hoo, near Woodbridge in Suffolk, is the site of two cemeteries from the sixth and early seventh centuries.

One cemetery contained an undisturbed ship burial, including a wealth of Anglo-Saxon artefacts of outstanding archaeological significance, most of which are now in the British Museum.

The ship burial was discovered in May 1939 by Basil Brown, a self-taught Suffolk archaeologist who had taken up full-time investigations of Roman sites for the Ipswich Museum. He had been employed in 1938 by the landowner, Mrs Edith Pretty, to explore various mounds on her property, which had previously been investigated in 1860 without any significant discoveries having been made. The story of how Brown discovered this amazing treasure trove is told in a slightly fictionalized form in the 2021 Netflix film, The Dig.

When the nature of the find became apparent, the detailed archaeological work was taken over by national experts and, following a six-year hiatus due to the outbreak of the Second World War, has continued ever since, particularly in the late 1960s and late 1980s, when the wider site and many individual burials were explored. The whole site was donated by Mrs Pretty to the British Museum in 1939, just three years before her death.

The ship burial is one of the most magnificent archaeological finds in England. The most significant artefacts from the site were found in the burial chamber, including a suite of metalwork dress fittings in gold and gems, a shield and sword, a lyre and many pieces of Byzantine silver plate. The most famous item is undoubtedly the iconic helmet which was selected as object 47 by Neil MacGregor in his landmark radio series on BBC in 2010: A History of the World in 100 Objects.

But from the perspective of the gold market, perhaps the star of the show was the great gold buckle shown here. It is the most stunning of the items found both in terms of its beauty and the engineering expertise required to make it. The buckle is hollow and has a hinged back, forming a secret chamber, possibly for a relic. This buckle is a masterpiece of early medieval craftsmanship, made using over 400g of gold with an intricate decoration of intertwining creatures inlaid with niello (a black compound of sulphur with various base metals). 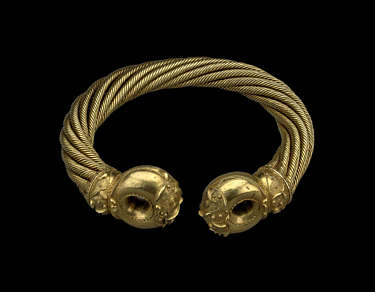 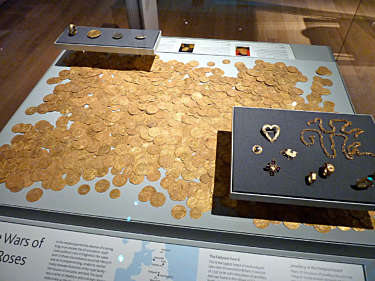 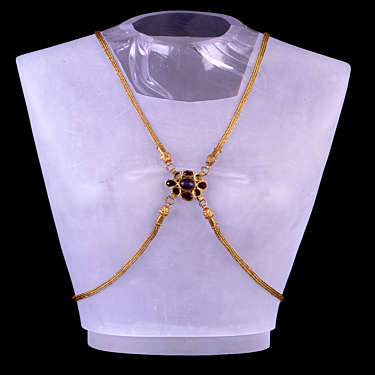