An Acorn Never Falls Far from the Tree 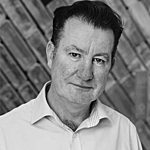 After 10 highly enjoyable years at LBMA, preceded by just over 26 years at the Bank of England, I’ve finally decided to hang up my bowler hat.

I’ve spent the whole of my career working within the Square Mile for just the two institutions. There’s loyalty for you, or is it ambivalence? One thing is for sure, I haven’t moved very far in all that time. For the Square Mile, read a 100 square metres – from Threadneedle Street – to Basinghall Street – to Royal Exchange Buildings. And now, following LBMA’s recent move to 62 Threadneedle Street, I have come full circle, and I will see out the last weeks of my working life in an office directly opposite – yes, you’ve guessed it – the Bank of England. As they say, an acorn never falls far from the tree!

Before I begin to drone on about my career, here are some random facts from the day I first started work for the Bank of England on Monday 27 January, 1986: mobile phones were yet to become popular, the internet was in its infancy, LBMA didn’t exist (it was set up the following year), emojis didn’t exist, Cristiano Ronaldo and Mark Zuckerberg were both only 1 years old (although Joe Biden had just celebrated his 100th), the M25 and Channel tunnel had yet to open for business and Concorde was still flying across the Atlantic. How times have changed. On the day I started work, the gold price closed at $358.40 per fine troy ounce. Today, as I amble inextricably towards the exit door, it stands more than five times higher at around $2,000+ and threatens to break the record high of $2,067.15 PM price set on 6 August 2020.

On the day I started work the gold price closed at $358.40 per fine troy ounce. Today it stands more than five times higher.

From the Bank to LBMA

I spent my time at the Bank in a number of different roles, with my last five years there as the resident gold analyst in the back office of the banking department. My role there involved managing the relationships with the Bank’s central bank customers for whom the Bank acted as custodian for their gold reserves. It also involved liaison with LBMA who set the standards for the quality of metal traded in the London market, much of it held in the Bank’s vaults. So, before I joined LBMA I was already familiar with the work of the London gold market and the role of LBMA within it.

My boss at the Bank was Trevor Stone, and he happened to be the Bank’s representative on the LBMA Management Committee. It was Trevor who suggested, and facilitated, a six month secondment to LBMA in September 2011 (literally the week before the Annual Conference in Montreal). When I arrived, whilst there was plenty of work to be done, it was not really a structured formal role as such, it was more an eclectic range of different tasks and projects. The first six months involved me tackling a variety of projects, including establishing the very first Proficiency Testing Scheme, running the annual Forecast Survey and looking after the daily price feed. However, by the end of the secondment, we had shaped the various tasks into a more structured Public Relations role.

In time, as the role evolved, I took on an ever increasing range of responsibilities, including dealing with enquiries from the public and the Press, managing the publications, including as Editor of the Alchemist, as well as looking after the website, managing the daily precious metal price feeds (remember GOFO?) and clearing statistics, acting as the co-ordinator for the Public Affairs Committee and supporting our events such as the Annual Conference. Back then, in those early days, there was a skeleton staff, of no more than five or six people. Nearly everything was done by Stewart and Ruth, and I played a kind of supporting role alongside them.

Over the years, I have seen some dramatic changes, both in terms of the workload and the number of staff. Not long after I arrived, Ruth was preparing to launch version 1 of the Responsible Gold Guidance in 2012. We’ve recently published version 9 and preparations are now underway for version 10. It was the start of LBMA breaking out from just being responsible for the Good Delivery List and becoming the voice for the market. Since then, we’ve seen LBMA take centre stage in the bullion space and manage the transition of the price auctions to independent administrators, and the Annual Conference firmly establish itself as the most prestigious precious metals conference in the global calendar. 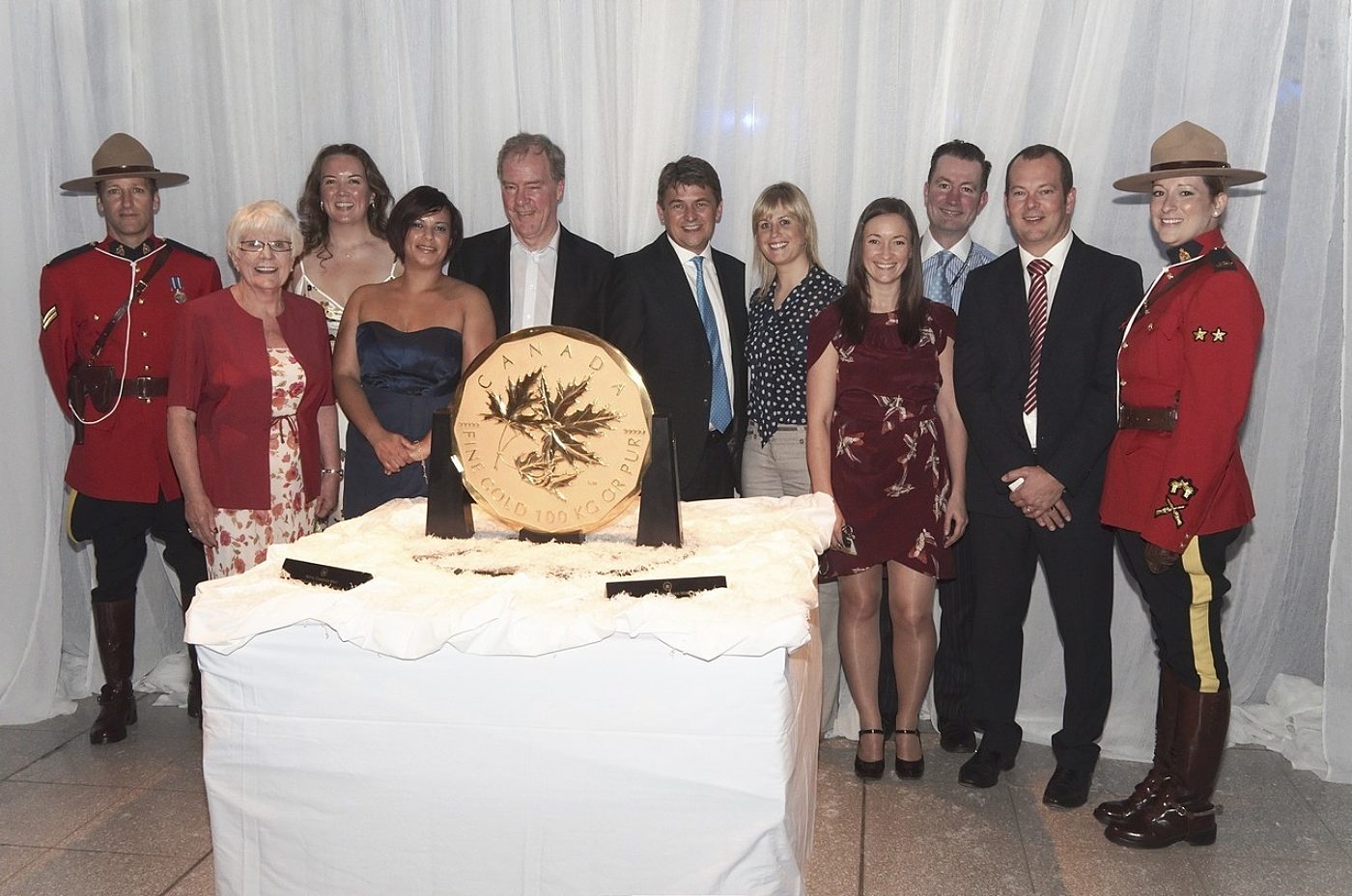 My very first LBMA Conference working for LBMA in Montreal September 2011. I’m photographed here with the LBMA team with one of the five Royal Canadian Mint’s limited edition 100kg gold coins. Eagle-eyed readers may notice that Edel Tully, featured here with the team in her capacity as Chair of the Public Affairs Committee, is now LBMA’s Head of Marketing and Communications.

What would I regard as the most significant event during my career in the City? Well, there were several. The day on 6 May 1997 when the Bank was granted independence. There was the 9/11 terrorist attacks on New York on September 11 2001. I knew people who lost their lives that day. There was the financial crisis of 2008, which shook the foundations of the global economy. (See the fascinating article by Mike Silva from Alchemist 92. Mike recalls events unfold from the engine room of the NY Fed).

However, the one that arguably impacted the City more than any other was the "Big Bang" of October 1986. Overnight, in one fell swoop, the City of London was deregulated, revolutionising its fortunes and turning it into a financial centre to rival (and subsequently eclipse) New York. Fresh from college, I didn’t initially appreciate the huge impact that Big Bang would have on life in the City. But change came in three significant ways.

The first, and most important, was increased competition. The switch from traditional face-to-face share dealing to electronic trading helped London to overtake its European competitors, opening the doors to increased competition, and become a magnet for international banks. Among the reforms included abolishing minimum fixed commissions on trades, ending the distinction between those who traded stocks and shares, and those who advised investors, as well as allowing foreign firms to own UK brokers.

The second was that it transformed the geography of the City. When I started work at the Bank of England, the Governor had required all London’s banks to be located within a short walk of the Bank. It was said that, in a crisis, “he could summon the lords of finance to his parlour with half an hour’s notice”.

However, the Securities and Investments Board (later the Financial Services Authority) replaced the Bank’s regulatory role and so the banks no longer needed to be within walking distance of the Bank and gradually they all relocated, many of them to the new financial centre, Canary Wharf, which sprang up in the east of the Square Mile. The legacy of this relocation is highlighted perhaps best of all by the old Midland Head Office opposite the Bank, which now is the Ned, a hotel and network of restaurants.

The third and often overlooked aspect of it was that it set the seeds for the City moving away from an old boy’s network to a genuine meritocracy, a transition which I think is today broadly complete.

When I look back at my career, my biggest personal achievement was probably getting a BA Hons in Business Studies whilst working full time at the Bank. It was tough juggling the two especially as my first daughter was born mid-way through the five year course.

If I look at my time at LBMA I look back with pride on helping deliver two major events, those for LBMA's silver anniversary in 2012 and those for the centenary of the gold price in 2019.

I'm also proud of my tenure as Editor of the Alchemist. When I took the helm from Ruth for edition 67 (July 2012) little did I know that I would hold the reins for a further 38 editions, including the milestone centenary edition.

In my time at LBMA, the workload has grown exponentially and with it the number of staff has grown from only a handful when I first started to a permanent staff of 22, as well as a number of consultants and outside agencies, all of which reflects the additional workload that LBMA has taken on in recent years. Whilst LBMA now does much more than just Good Delivery, it still remains at its core and likewise when I look back on my time at LBMA, whilst I have done a lot more things than just editing the Alchemist, it does remain the thing that defines my time there.

I should give a special mention to my successor as Editor, my colleague Shelly Ford. I take great comfort in knowing that I leave the Alchemist and other LBMA publications in her capable hands.

I'm also proud of my tenure as Editor of the Alchemist. When I took the helm from Ruth for edition 67 (July 2012) little did I know that I would hold the reins for a further 38 editions, including the milestone centenary edition. 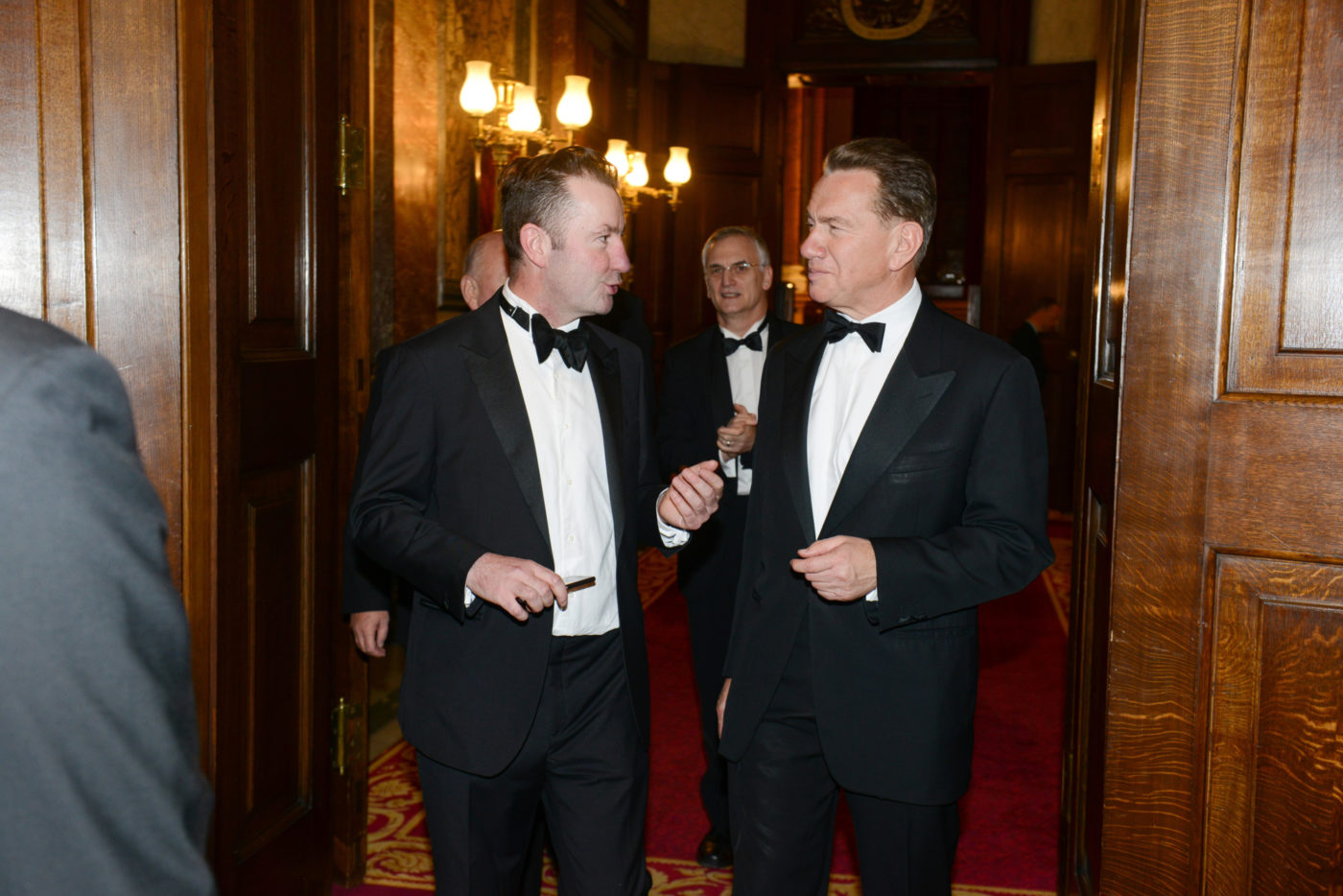 They say you should never meet your heroes, Michael Portillo and me at the LBMA Annual Dinner in 2016 (thankfully Michael said I more than exceeded his expectations).

What will I do with myself? Well, I have just bought a house in Darlington. The first public railway in the world to use steam power made its journey in 1825 between Darlington and Stockton. Naturally its perfectly located on the rail network within easy access of York (30 mins), London (2hrs 30 mins) and Edinburgh (2 hrs). It is appropriate that I am in a town famed for its railway heritage as it links me to one of my favourite programmes, ‘Great Railway Journeys’, presented by one of my favourite presenters, Michael Portillo, who I had the pleasure of meeting at LBMA’s Annual Dinner in 2016.

I will travel by rail (and plane). I will read. I might even write my memoirs (entitled "We Are All In The Gutter, But Some Of Us Are Looking At The Stars’"), I will visit friends and family. I will take holidays. I might open a cafe. I will simply enjoy life, but not too much of any one thing, always with the mantra of "my dear friend" Oscar Wilde in mind: “Everything in moderation, including moderation.” And I might even find time to come up with my own witticisms!!

People often ask me why there is no one special in my life. No-one that I want to spend the rest of my days in retirement with. Well, I have finally found that person. Yes, you've guessed it, it's me.

Aelred provides support to the Chief Executive in the administration and organisation of the Association's Public Affairs. This includes working closely with the Marketing and Communications Lead on publications, marketing material, the website and events. He is responsible for Press enquiries and is the editor for the LBMA's quarterly publication, the Alchemist.