Dead? Buried? Dormant? Resurgent? : A Prehistory of Gold Hedging in the 21st Century

Paul Merrick examines the history behind the current state of gold hedging. He asks what – if anything – could cause the situation to change, and how any future hedging activity might differ from that of the past.

These days it is rare to see the words ‘gold’ and ‘hedging’ in the same sentence. With gold’s recent rampant price performance and producers rolling in cash, this pair of previously intimate bedfellows seems set to remain estranged for the foreseeable future. Legacy positions are being bought back or allowed to roll off, new hedging activity is linked almost exclusively to project finance, and even then only when required by lending banks. The total of delta-adjusted producer hedges is currently around 7% of overall reserves, down from a high of 13% in 2000 – the lowest level since large-scale hedging began in the 1980s. 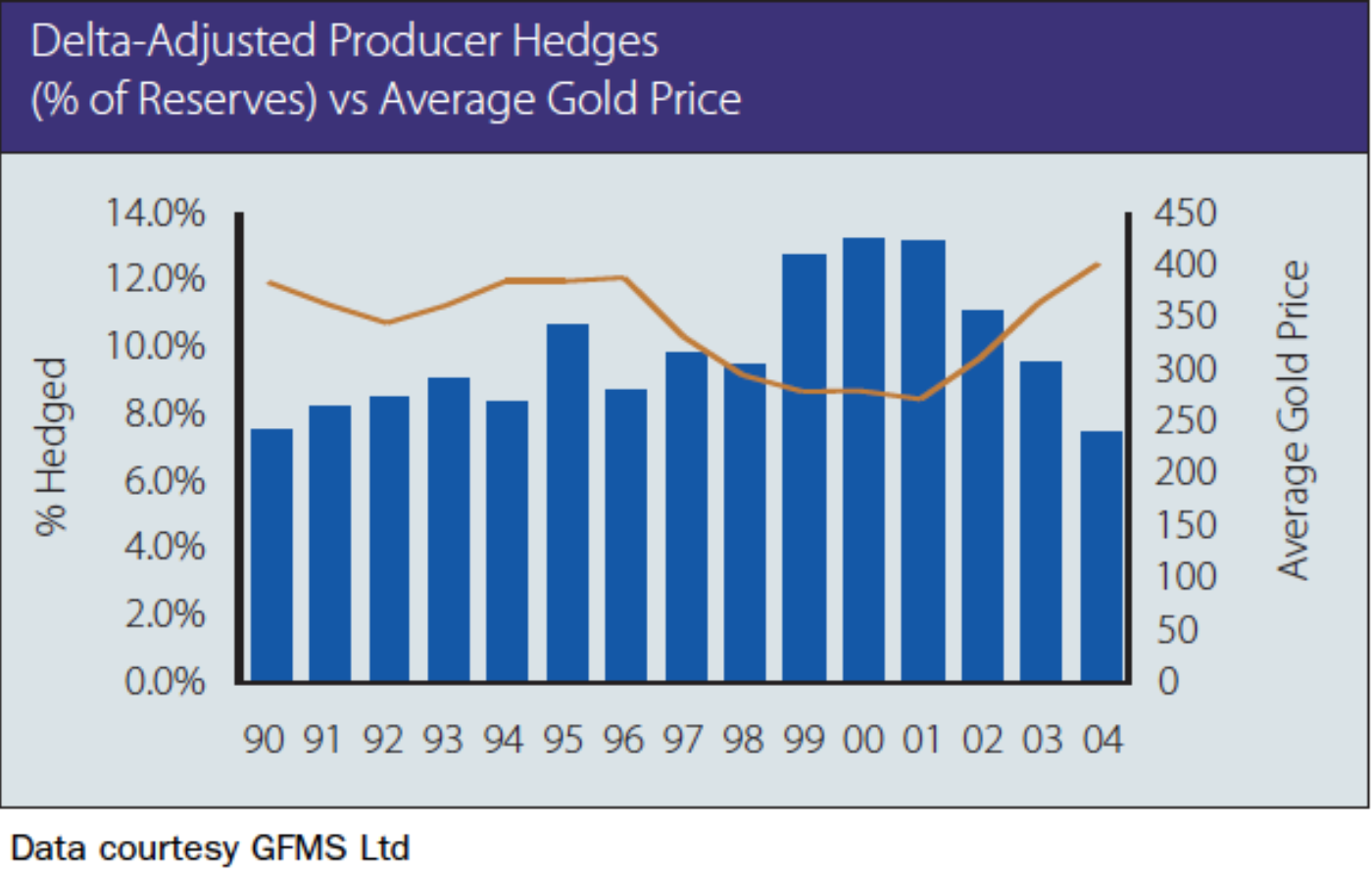 From Base-Metal Basement to Golden Phoenix

What caused sea change in the - management policy of mining companies? The seeds of change were planted in 1999. In that year the US stock market was booming and the dollar appeared to be the universal store of wealth for the 21st century, while gold had become a quaint anachronism, a throwback to the days when the value of a currency had to be backed by something tangible instead of being allowed to sink or swim in an ocean of issued paper and exchange-rate speculation. Gold seemed to be heading towards the status of just another base metal.

In May the Bank of England announced plans to sell 123 tonnes of gold. While not a significant quantity, the action seemed to confirm gold’s demise as a store of wealth, and the price slumped to $253, the lowest in 20 years.

In this environment of depressed prices and dismal prospects, it seemed unthinkable that gold could ever rise, phoenix-like, from the ashes of its obsolescence. But the confluence of three influences created just such a renaissance. 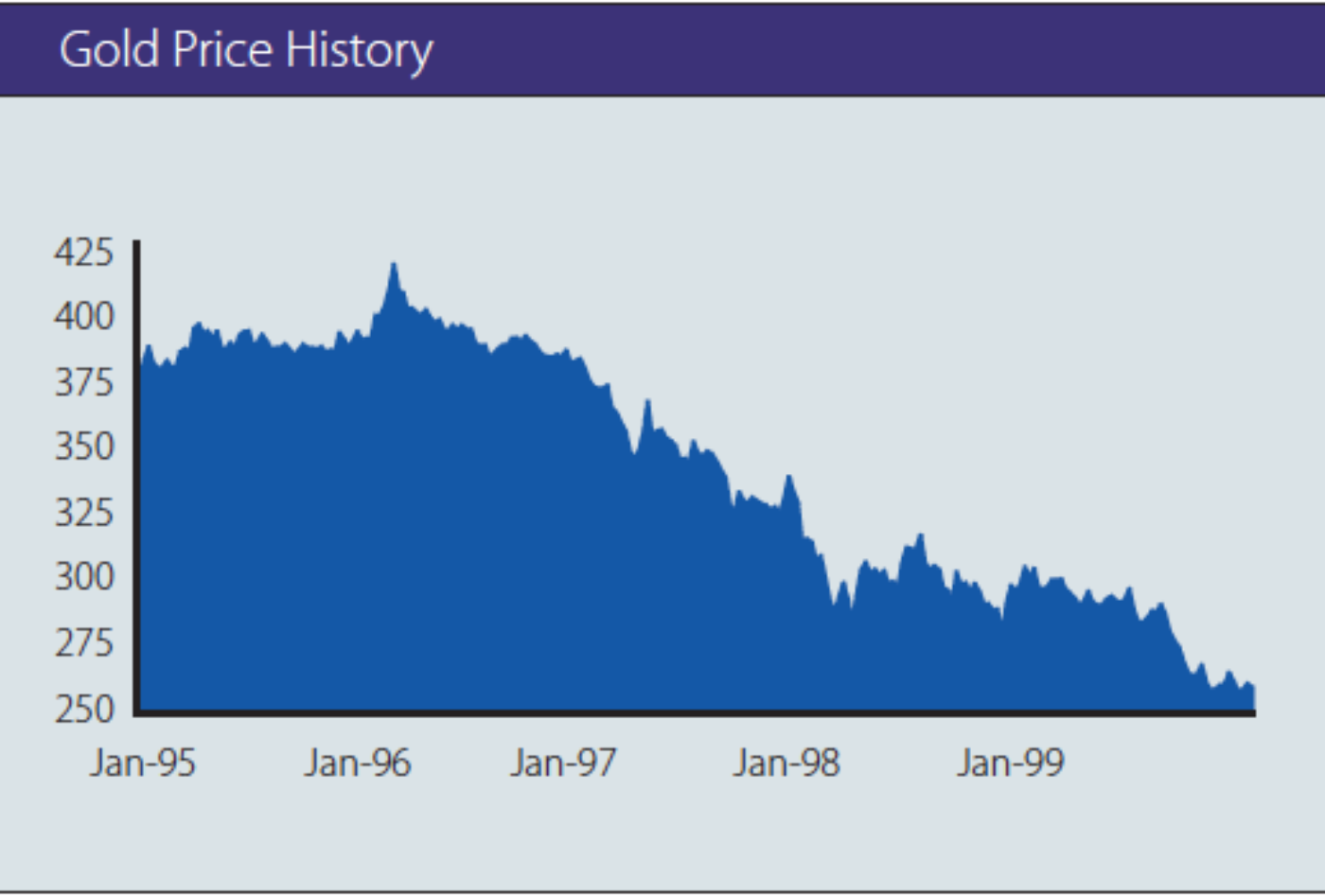 Three Winds Beneath the Wings

The first impact was September’s Central Bank Gold Agreement. It limited the sale and leasing of gold by 15 European central banks, and on the back of the announcement the price immediately spiked from $253 to $329.

Though it soon sagged again, gold received another boost in February 2000 when Placer announced that it would suspend its hedging activities. Four days later Barrick, historically the world champion of major long-term hedging programmes, announced that it, too, would not be increasing its hedging. This dramatic about turn by two such heavy hitting hedgers sent shock waves through the industry. Did they know something that that the rest of us didn’t?

The second driving force was the result of the dramatic $76 price spike, which highlighted problems that had been inherent but dormant – in many hedge books. Suddenly they become overcommitted through, for example, the sale of deep out-of-the-money call options. It was never envisaged that these would be exercised, but now they were in the money.

Margin calls on out-of-the-money hedge books became life threatening to some companies, most notably Ashanti. These situations crystallised investor unease about the apparently mysterious and arcane hedging practices of some gold producers.

The third and final nail in the coffin of gold their faces and for another sector to recommend for rapid growth investment.

With gold now regaining favour as a store of wealth, a means of maintaining lucrative broking income became crystal clear. Gold equities became a leveraged bet on the gold price. For established producers the 3:1 rule has worked well: for each 1% rise in the price, their stock rises by 3%. Over the past four years, even die-hard hedgers have been forced to abandon their programmes to avoid seriously damaging their share price.

The irony of the current situation is that producers feel unable to hedge at a time when market conditions are at their most favourable for hedging in decades.

Against this backdrop of industry-wide anti- hedging solidarity, soaring prices and share price multiples that even the most optimistic of mining executives could not have dreamt of five years ago – what could precipitate a return to the risk-management practices of the past?

Clearly, a significant fall in the gold price would focus the attention of many producers on their non-hedging stance. Depending on the size and rapidity of such a fall, the very survival of some of the more marginal operations would be threatened. Panic selling by distressed hedgers could then precipitate further falls.

The gold price is inextricably linked to the strength of the US dollar, with which it has demonstrated a long-term and very strongly negative correlation: when the dollar is up, gold is down, and vice versa.

Could we see a resurgence of the dollar in the short- to medium-term? Almost certainly not: the dual deficits hang like a millstone around the currency’s neck, and the newly reinstalled administration seems very comfortable with the status quo. In the run up to the recent election, Dick Cheney was quoted as saying “deficits don’t matter”.

But even if the gold price were to remain strong, we could still see a return to some producer hedging if there were a change in sentiment towards gold stocks by the investment community. Gold equities are trading at a significant multiple of their net asset value due only to the enticing prospect of spectacular profits should the price take off in a serious way, as it did in 1980, when a high of $850 was reached. 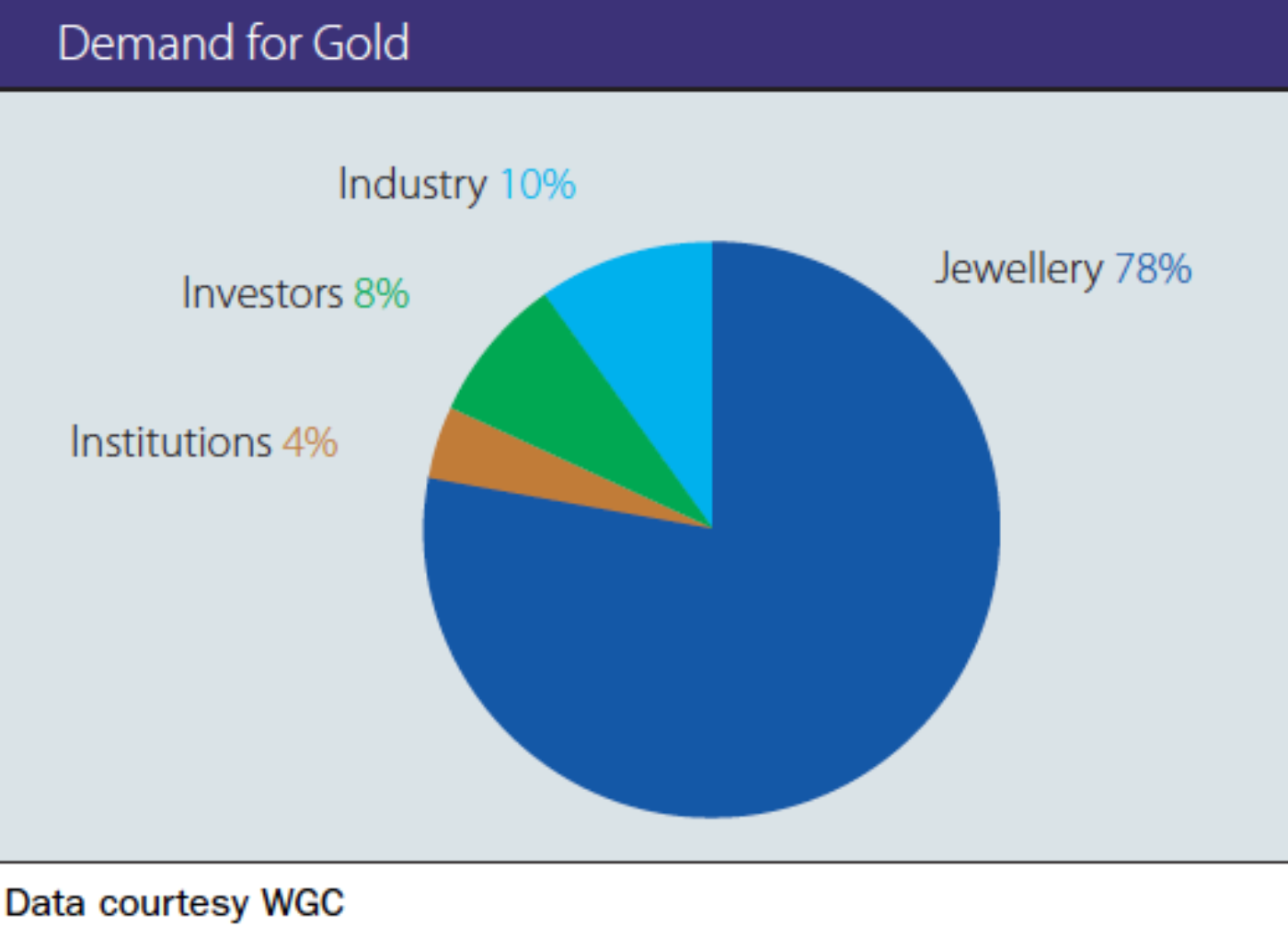 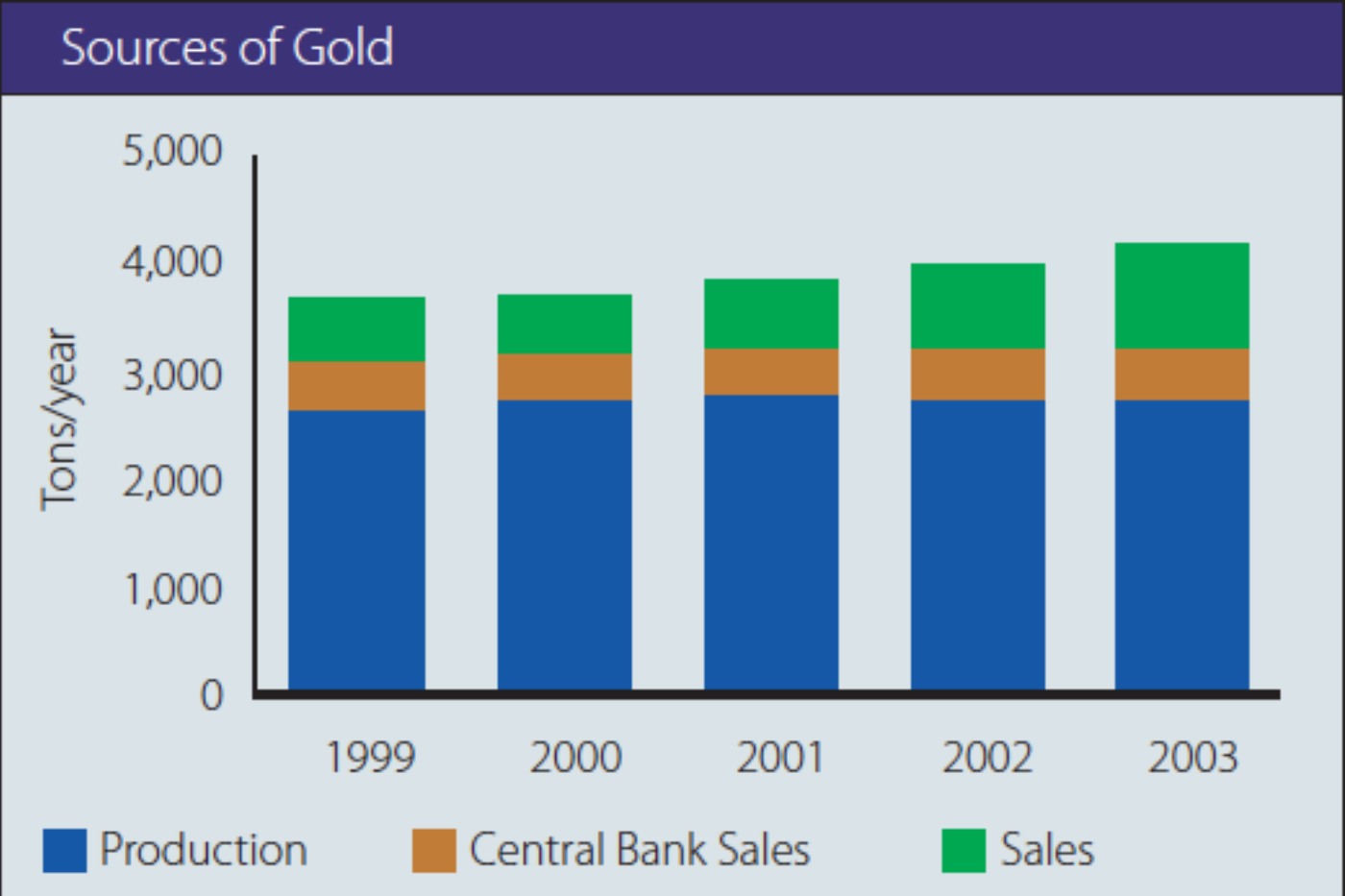 Here is the central point of this article: hedging does not have to equate the loss of upside.

Hedging does not Equal Loss of Upside

Should gold fail to live up to this promise over the next year or two, mining stocks could quickly fall out of favour with analysts and advisers who would dump them and go in search of the next get-rich-quick sector, like children bored with last year’s toy. A producer’s hedging stance would then no longer be so critical to its share price and it would free to pursue the risk-management programme it deemed appropriate.

Mining executives have privately expressed their frustration at a situation in which they perceive they are being held to ransom by the investment community. To many, acting so as to guarantee at least some of their future income at prices not seen for over 16 years makes sound business sense, but they dare not do so in the current environment.

About now we generally hear that hoary old chestnut: “But investors purchase gold stocks because they want exposure to the metal price, so hedging is against shareholder interests”.

This argument is both hackneyed, and wrong. In truth, investors purchase gold stocks because they want exposure to the metal price– but only if it rises. If the price falls, they would, presumably, like some protection of their investment. (I have yet to meet an investor who wants to lose money when they make a bad decision).

A simple product would satisfy both the objectives of upside participation and downside protection: a bought put option on the gold price. Here is the central point of this article: hedging does not have to equate to the loss of upside. With prices at their long-term highs, the industry is in a better position than ever to be able to afford put options, the safest and most natural product with which to hedge gold price exposure.

Hedging in this way, if the price does reach $850 again, everyone will be happy. The small cash outlay on the options will pale into insignificance and gold producers will take their places in the front carriage of the gravy train. 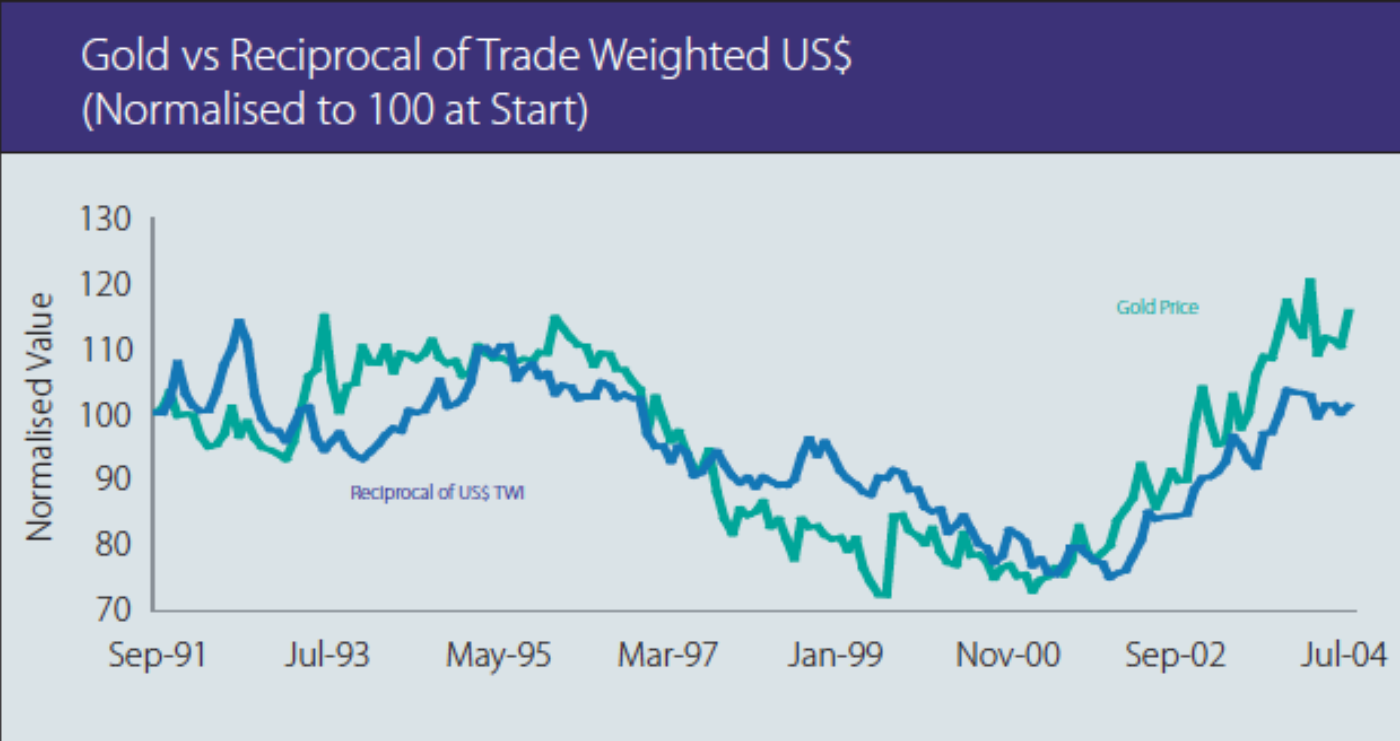 Notwithstanding the desire to maintain as much upside as possible, here are two examples of structures that give protection at or close to the current spot price – assumed to be $435 – yet also have ceiling prices that are very attractive when compared with those observed over the past 25 years. 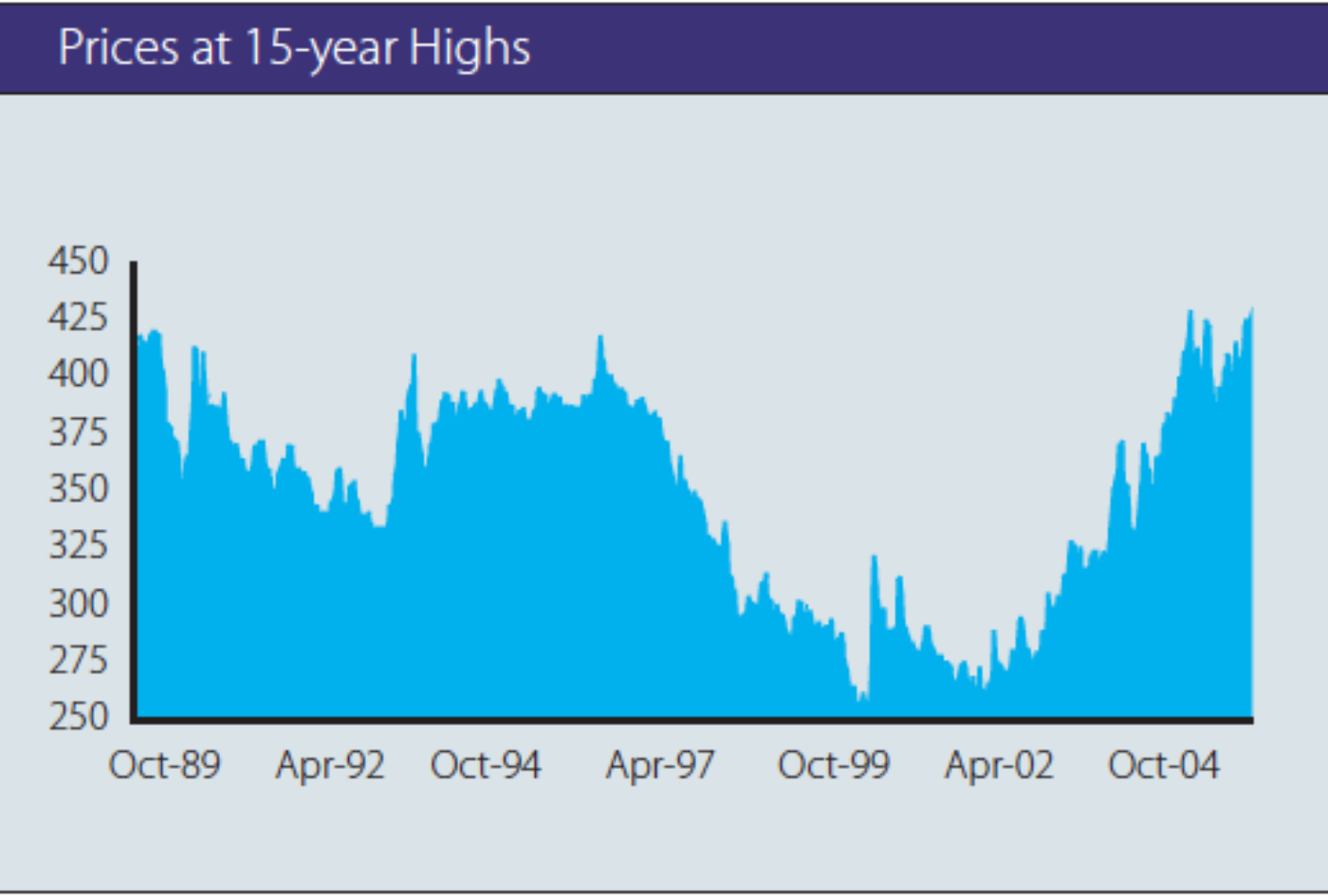 It’s Hedging, Jim, but not as we Know It

If hedging in some form were to return to the industry, would it be hedging as we know it?

The short (though, admittedly, less than punchy) answer is, “sort of”. Some of the debacles of the late nineties will live long in the minds of mining executives and investors. As a result, future gold hedging programmes will be more conservative than in the past, driven by the need to have a policy that is easily understood by investors, with clear objectives and dealing parameters

There will be no over-commitment of quantity through sold calls or leveraged products. The price spikes of 1999 and 2000 exposed problems inherent in some of the more esoteric exotics, and accounting issues

There will be no over-commitment of quantity through sold calls or leveraged products. The price spikes of 1999 and 2000 exposed problems inherent in some of the more esoteric exotics, and accounting issues especially FA 33 and its counterparts, impose strict conditions on the applicability of hedge accounting treatment for derivatives.

We would therefore see a far smaller emphasis placed on exotic products than in the past.

I would expect the gold hedgers of the future to adopt a different attitude towards price protection. Gold’s un expected resurgence highlighted the disadvantage of capping a large proportion of upside by selling forward solely on the up-front costs of hedging, producers will also consider their potential liabilities and will not be seduced by the illusion of “free” price protection: we all know now that there is in fact a cost, namely the loss of upside.

Future hedgers will be opportunistic in taking advantage of favourable conditions instead of being forced to act in an ever-worsening market. They will view their hedging costs as an insurance policy rather than treating their risk management operation as a profit centre.

The industry as a whole would benefit from an across-the-board decision to include the cost of put options in the stated cost of production. With the costs accounted for, there would be less likelihood of adverse reactions to protecting the company’s income. 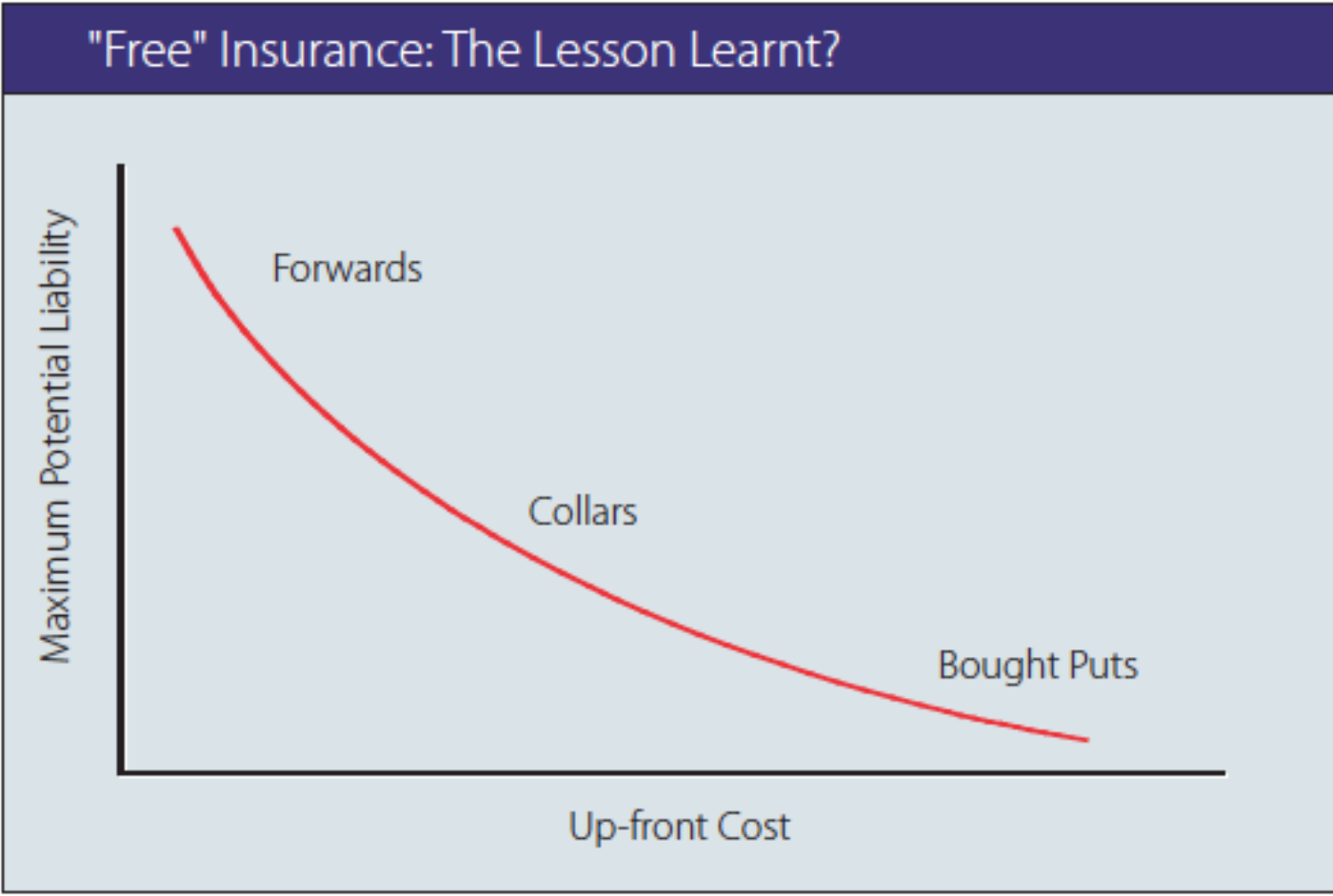 So – Who Wants to Seize a Golden Opportunity?

The irony of the current situation is that producers feel unable to hedge at a time when market conditions are at their most favourable for hedging in decades. Prices are close to sixteen-year highs, contangos have risen above their long-term average, and even if no cash is available for purchasing price protection, zero-cash-flow collars can be established with extremely attractive call strikes.

Throughout two decades of widespread gold hedging, producers have tended to be more active in lower price environments. This can be seen from the fact that the average realised hedge price has been around $320, significantly lower than the average spot price of $340 to $360. Current market conditions permit excellent sale levels to be guaranteed at affordable prices. It remains to be seen whether the industry will be willing or able to seize this golden opportunity. 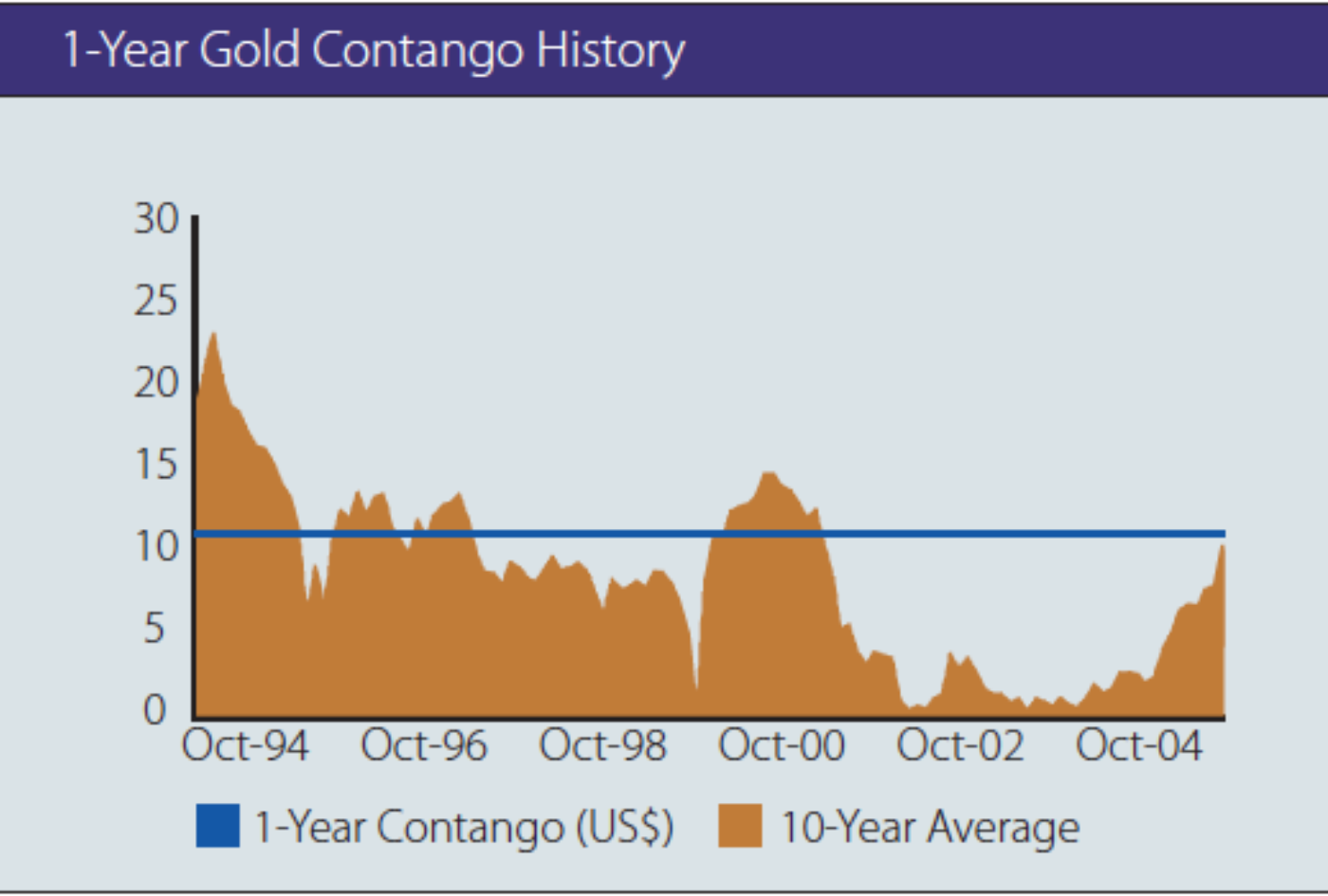 He specializes in creating structured products and applying them to client risk- management requirements. He also advises clients, in particular mining companies, on more general issues of hedging policy and long-term strategy

Paul is a periodic speaker at conferences and professional associations, where his stridently-voiced views on hedging and the appropriate use of financial instruments can usually be relied on to generate lively debate.