A Fresh Look at Palladium : Will Jewellers – and Consumers – take a Shine to Palladium?

Until recently, the only place to get a look at some palladium jewellery was on eBay, where vintage pieces from World War II could be found on auction. But once the wartime restrictions had been lifted, jewellers wanting white metal returned to using platinum or white gold. The result was that, with the lion’s share of palladium consumption now going into technical applications, it had become an industrial precious metal.

But driven by recently mounting platinum prices, some Chinese manufacturers last year sought an alternative. Of course, there was white gold – but consumers there prefer a pure metal rather than a cocktail. Why not try palladium? Its higher profit margins made jewellers happy, but for the experiment to really take off, the consumer had to come onboard, and perhaps not only in China. Frank McAllister, chairman and CEO of Stillwater, the only significant primary producer of palladium in the Western Hemisphere, sees a shining future in jewellery.

Apart from $600, what’s the real difference between platinum and palladium?

[Frank McAllister] In terms of appearance, I’ve heard palladium described as having a greyish tone, which is very annoying. It’s actually whiter than platinum. Of course, in China, you don’t see either metal when you look at a piece of jewellery. All white jewellery – including white gold – is plated with rhodium to give it a uniform appearance. But in fact, the two metals don’t feel the same: palladium does weigh less. To be precise, it’s 44% lighter than platinum and 38% lighter than gold. However, that’s not a drawback – it’s a selling point. It’s more comfortable to wear, especially in earrings or larger rings and necklaces, but not so light that it feels like aluminium – it’s got enough weight to feel comfortable without being heavy.

Palladium doesn’t oxidise at room temperature – only when it’s annealed. It doesn’t need to be polished as often. And it has a double cost advantage: not only is it cheaper than its rivals, but the manufacturer uses less metal in making the piece.

The platinum campaign showed that Chinese consumers preferred a pure, white metal. That gave a logical basis for introducing palladium to that market. How would you say the experiment has worked?

To a certain extent, we did benefit from platinum’s marketing campaign. Basically, the same principles apply – at a quarter of the price, and that was what opened the door. If manufacturers switched to palladium, they could have margins of 20 to 25%.

Last summer I visited Hong Kong and Shenzhen to meet with a few manufacturers. At that point, perhaps up to 30 had made the change in Shenzhen, depending on who you spoke with. One said he thought it was a ‘cheap metal’, but later produced three trays of palladium pieces that had come from his platinum supplier. Another took me to visit his factory where palladium pieces were produced. These were destined for the southern Chinese provinces – they wouldn’t really appeal to western tastes. 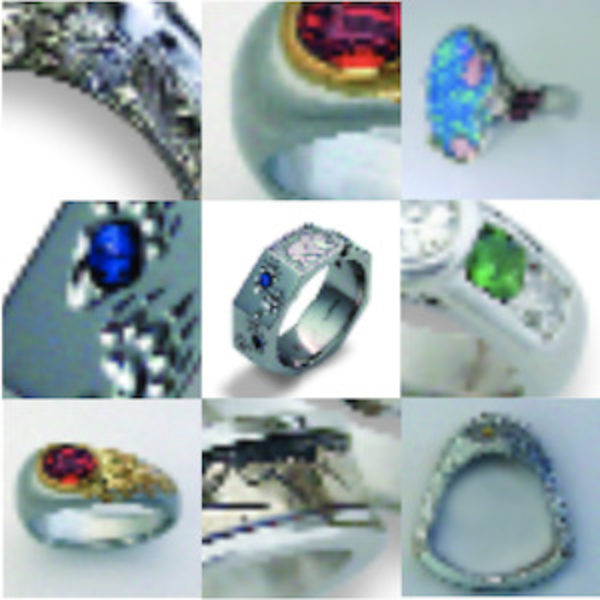 So now it’s one year later. How are things going in China?

I’ve not been able to get there myself so far this year, though someone from our company has gone recently. Since last year’s spike in consumption was driven by manufacturers, the next step is to see whether consumers really start to buy. There are some encouraging signs, though palladium jewellery is not yet on offer in the larger stores. We need for that to happen to gain momentum.

But a problem is that there is still a tax on palladium going into the country. Some of the supplies are probably entering by alternative methods rather than official channels. If the SGE were to offer a contract in palladium, that might help towards getting the tax removed.

Perhaps 700,000 ounces went into China last year. If we matched that level this year, it would be a very good sign, but that would only happen if Chinese consumers accept it, want it, ask for it. If consumption levels increased even slightly, then we’d really know that the experiment had worked.

Incidentally, there’s further potential for growth in Chinese demand from their automotive market, which is growing by leaps and bounds. Last year they built five million cars; this year it will be six million and by 2010 it’s expected to reach ten million. Their emission standards are not as strict as in the West, but ultimately, they will want to export, and then they’ll have to meet world standards.

If palladium jewellery is to become accepted and desired, it will need marketing. Where’s the marketing force going to come from? And are you only looking at China, or do you see potential in any other markets?

We are taking some steps on a small scale on our own trying to form partnerships with the manufacturers who produce and sell, mostly in China, but also in the US. Japan might represent another interesting opportunity.

One example in the US is Elichai Fowler, who’s based in Bozeman, Montana [see “Never a Dull Moment” below]. We’ve featured some of his work in our annual report.

On a bigger scale, Frederick Goldman Inc, a New York jewellery company, will be introducing the ‘Stillwater Collection’ of palladium wedding bands, at the Las Vegas JCK jewellery show for the trade in June. They tell us they are already getting a good response from jewellers. We also keep in touch with Mehdi Barkhordar at PAMP, who produced a palladium medallion watch for Stillwater two years ago. Mehdi is advancing his sophisticated marketing concept in promoting a charm, the ‘FORS talisman’, made from palladium [see photos].

We’ve also collaborated on a website – www.stillwaterpalladium.com – with information about the various uses of palladium. We hope to eventually offer products for sale, from jewellery to cowboy belt buckles.

Realistically, we can’t afford to compete with the multi-millions that have gone into marketing platinum. We’re not going to be booking Maggie Chung just yet. But I have got a slogan: It’s white. It’s light. It’s bright. Most importantly, it’s a lifestyle.

What has been the response in South Africa and Russia?

Norilsk is supportive but hasn’t yet made any contributions. We understand that they have independently been pursuing a similar effort. Likewise, we’ve got general support from the South African producers, but I don’t expect them to join in a marketing effort – at least not yet.

Of course, while palladium has benefited from the price differential, platinum has suffered – and two-thirds of the South Africans’ production is platinum. They have invested both financially and emotionally into growing the platinum market. So, their encouragement is based on the promotion of palladium as an alternative, not a substitute. 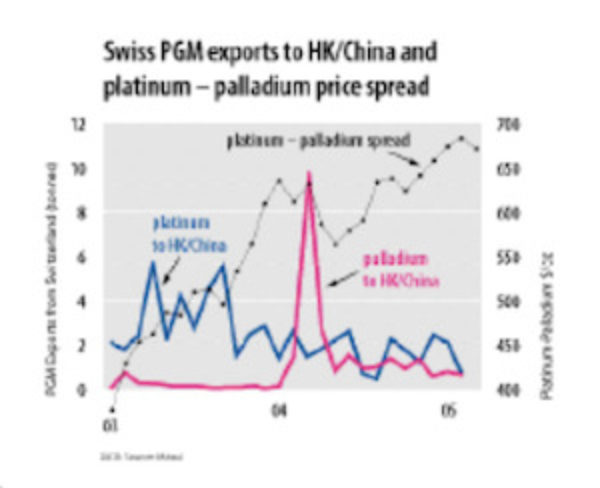 Palladium jewellery could really be marketed two ways: as a more affordable alternative to platinum – or as a metal in its own right. What do you think is the best way forward?

In industrial applications, a low price can give one metal a clear advantage. With gold above $400, platinum around $800 and palladium near $200, there is a good environment for some interesting new applications, such as SED televisions, a new technology for large flat-panel displays.

Price was the catalyst that got things started for us in jewellery. It is a factor. It gave us an opening in China. In fact, it appears it was why QVC offered palladium in the US: get the look for less.

But the real key to jewellery is emotion, not price. If we’re going to create a lasting market for palladium, it has to be seen by the consumer as an option that he wants, not a substitute for something he can’t afford. 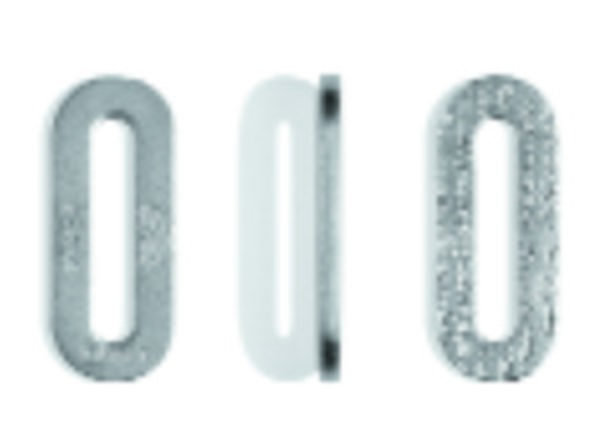 Right - Universe, one of a series of FORS talismans developed by PAMP SA in 999.5 palladium. The metal is given a matt finish and inscribed on one side with PAMP’s emblem, Fortuna, and on the other side with a motto in nine languages. The range is designed to be worn by men or women and will be launched in the near future. Why the choice of palladium? The metal’s namesake – the palladium of ancient Greek myth – was associated with luck and divine protection. 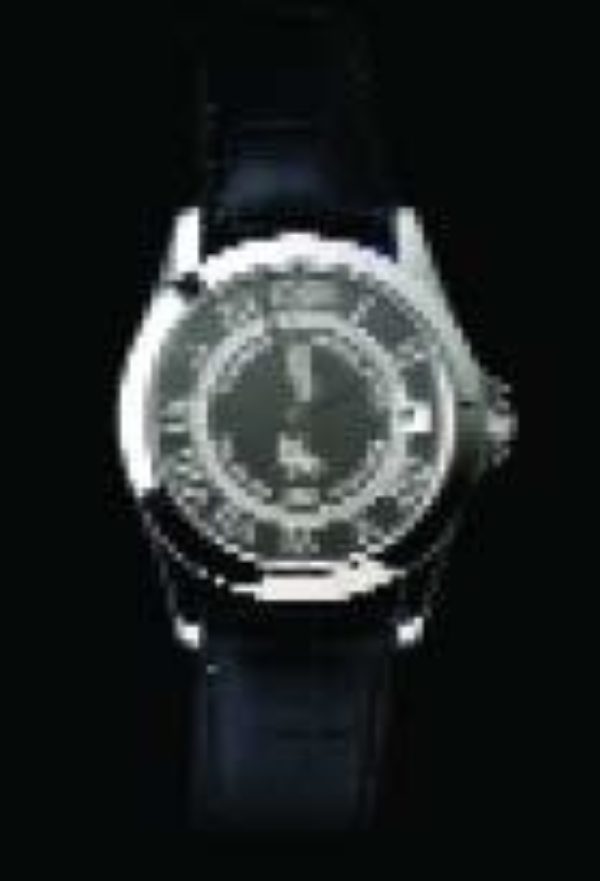 When I want to use a white metal, I prefer one that starts out being white. White gold reminds me of adding a lot of milk to a cup of coffee – by the time you’ve turned it white, you don’t have coffee anymore.

About two years ago, I became interested in using palladium, but getting advice on working with it proved very difficult. I even tried contacting the Platinum Guild – my reasoning being that it was, after all, a platinum group metal. They were very discouraging – they said it was very difficult to work with and customers wouldn’t want it. But in my search for information, I had turned up an ad catalogue from the 1940s showing palladium jewellery from 24 manufacturers – among them Tiffany’s. There was everything from cast to high-end fabricated pieces.

So I had proof it was usable. I experimented and got some pieces ready for sale within a couple of months. One of the first was an engagement ring for a young couple who had a very active lifestyle – they spent much of their day outdoors, and the woman worked as a bartender at night. They returned a year later, and I couldn’t believe what great condition her ring was in.

Appearance-wise, platinum and palladium are very similar, but palladium is actually somewhat whiter. And it’s no duller – in fact, it’s easier to polish. If you brought in grandma’s platinum wedding band to be reshanked, I could use palladium, and no one would know – which is not the case with white gold.

I haven’t stopped using platinum, but price is a factor. Everyone comes in wanting platinum, but only a quarter of them can actually afford it. If the two metals were the same price, I’d probably choose platinum, except for larger pieces, where the weight becomes impracticable. But as things stand, with platinum you’re basically getting half the metal for four times the price. Elichai Fowler