An Introduction to the Elliott Wave Principle

Beginning with Robert Prechter’s call for a strong bull market in the 1980s – at a time when few were looking for strong gains – the Elliott Wave Principle has continued to gain in popularity, though it is often considered daunting to master. What lies beneath this intricate look at financial market movements? What does it say not only about trading, but also about crowd and, potentially, social psychology? In this first of a two-part series, Jordan Kotick looks at the theory and practise of Elliott Waves.

The Elliott Wave Principle was developed by Ralph Nelson Elliot (1871-1948). A financial accountant by trade, Elliott spent years intensely studying price charts with a focus on stock market behaviour. He eventually articulated his theory in a series of twelve articles for Financial World magazine in 1939. Elliott concluded that his observations ultimately encompassed not only the action of equity market averages but actually a much larger law that he believed governed everything from social interaction to the patterns seen in natural phenomena. In essence, Elliott believed he came up with an intricate theory that ultimately explained the behaviour of crowds, exposing their dichotomous and ongoing swings between optimism and pessimism.

The Elliott Wave Principle, essentially the cyclical quantification of investor psychology, rose to prominence in recent times on the back of the now-famous book by A.J. Frost and Robert Prechter, released in November 1978, The Elliott Wave Principle. This book still stands as the single best articulation of Elliott’s ideas. While many books have been written since, the reader who understands Frost and Prechter understands all they need to know about the principles of Elliott Wave. 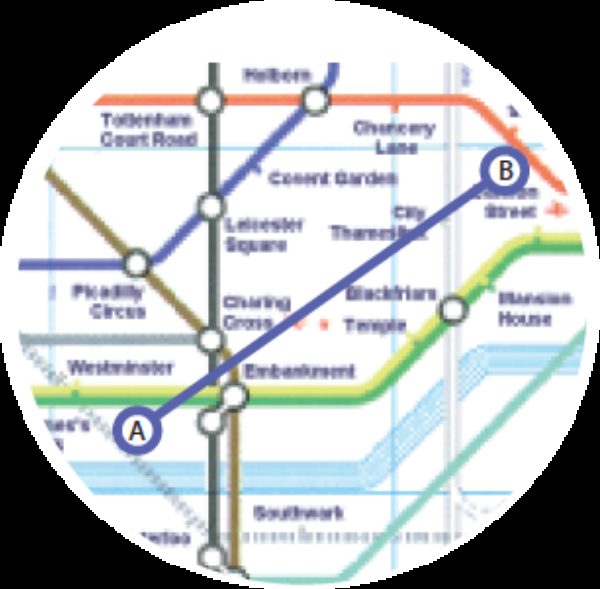 Elliott’s main advocacy was that crowd behaviour trends and reverses in consistent and recognisable patterns. Elliott named and illustrated patterns or “waves” that recur in markets and are repetitive in form but not necessarily in time or amplitude. He further described how these structures link together to form larger versions of the same patterns and how those in turn become the building blocks for patterns of the next larger size etc. Regardless of the size, the form remains constant.

This discovery was well ahead of its time. In fact, over the last decade or two, many prominent academics have embraced Elliott’s idea and have been aggressively advocating the existence of financial market fractals. However, it is important to understand the type of fractal pattern that Elliott Wave represents. The traditional line of thought has been that fractals are either self-identical (each component of the pattern is exactly the same as the whole) or indefinite (self-similar to the extent that it is similarly irregular at all levels). Elliott discovered a third type of self-similar fractal that Prechter in his later works coined a “robust fractal. “This pattern has highly variable components that fall within a certain defined structure. Prechter noted that “component patterns do not simply display discontinuity similar to that of larger patterns, but they form, with a certain defined latitude, replicas of them. “This latitude reflects nature’s robustness and variability within overall determined forms. While it may be an open question whether every nuance of this latitude is determined, the Wave Principle unquestionably rests on the premise that certain essential aspects of the design always prevail.

In essence, the robust fractal suggests that as much as the patterns are always self-similar, they are, at the same time, always different. While this may seem a contradiction, it is not. Imagine looking at a forest from one kilometre away. From this distance, every tree looks the same. Now imagine that forest from one meter away – every tree looks different. So it is with Elliott Waves: while the overall pattern is the same, the internal make-up (length, amplitude, wave relationships) will differ despite the fact that the overall pattern is self-similar. It is not a co-incidence that the words arboration or arborate have been used in conjunction with Elliott Wave analysis.

Figure 1: The fractility of maps illustrates that navigating London can be easy or complex depending on the degree of observation.

Drink Deep, or Taste not the Elliotician Spring

Alexander Pope was right: a little knowledge is a dangerous thing. He could have been writing about Elliott Waves, for it is not unusual for a trader/strategist/salesperson to embrace a basic understanding of Elliott, use it for while, ultimately lose money and then conclude that Elliott does not work. This all-too-common scenario is based on the false premise that you do not have to know the entire theory in order to use Elliott profitably.

This is an expensive oversight. Elliott, like any other technical or fundamental methodology, is not an art, it is not a science – it is a skill that needs to be honed over time. The skilled Elliottician should be able to differentiate all types of waves from the impulsive (waves 1,2,3,4,5) to the corrective (waves a,b,c,d,e,w,x,y,z).While it seems overly complex, with time and study, the real-time recognition and application of these patterns do come to light. Analogously, while the rules of billiards are simple, winning a game of billiards is more complicated. This applies to Elliott Wave in principle and Elliott Wave in practice.

In financial markets, Elliott wave patterns occur in any market with sufficient volume and liquidity. While the real-time application of Elliott varies between, for example, a commodity market and foreign exchange market, or a 5-minute chart and a 5-decade chart, the basic principles governing Elliott are equally applicable. Some debate whether Elliott is most applicable in some markets versus others. Aside from this being a subjective debate, it should be realised that Elliott can and is widely utilised across commodity, equity, fixed income and foreign exchange markets on all time frames. 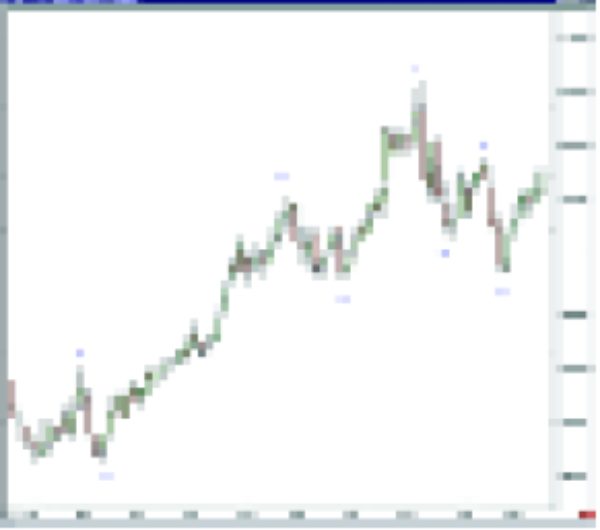 Financial markets ultimately progress in an “impulsive” or five wave sequence regardless of whether they are bull or bear markets. The impulsive waves – waves 1, 3 and 5 as seen in the basic pattern shown in Figure 1– are the directional or trending waves. Waves 2 and 4 are the corrective or counter trend waves. This principle applies to all time frames. As mentioned before, the fractal nature of the patterns implies that the smaller patterns are building blocks of the larger patterns while the larger patterns, correspondingly, can be broken into their smaller subcomponents. Just as market analysts refer to degrees of trend (intraday, short term, medium term, etc.), the Elliottician refers to wave degree. Thus while the trader/strategist may conclude that the market is in a short-term downturn within a medium-term bull trend, the Elliottician may refer to the same chart by saying that the market is, for example, in wave two of three, or four of five…same markets, same timeframes, same conclusions – just different modes of expression.

It is worth remembering that successful market forecasting is based on probability and percentages. Elliott is particularly valuable at helping to identify where the market is in a particular trend and thus helps ascertain not only buying and selling peaks, but also suitable places to commit capital based on location of the overall wave pattern that is unfolding. If one can correctly identify where the market is within an overall pattern (Elliott or otherwise) and can reliably project how the patterns are likely to complete, then a market opportunity exists. 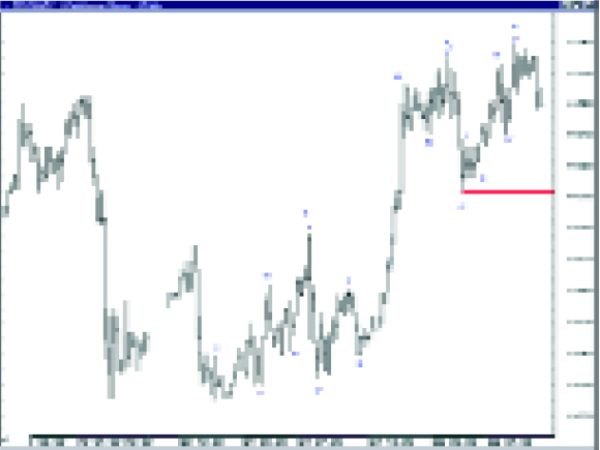 In real time, you are only right if you make money. A correct interpretation of fundamental data, or correct momentum interpretation of Elliott Wave count, is of minimal value if it does not specifically help you commit capital. While there is always room for interpretations in any methodology, Elliott Wave has an inherent advantage over some in that there are rules that can never be broken. These rules are not subjective and answer the key question that all too many strategists often take great pains to avoid: “Where are you wrong? “This question will be further explored and will form the basis of Part 2 of this series.

While Fibonacci is worth a few articles in and of itself, for the purpose of this article it is worth noting that one of Elliott’s most important discoveries was that the Fibonacci sequence and its corresponding ratios governed the progression and regression inherent in an unfolding Elliott wave. The sequence, the relationship of the numbers in the sequence (referred to as phi or .618 and its reciprocal 1.618) and the ongoing mathematical calculations associated with these numbers (the ongoing squaring of .618 or 1.1618, for example), helps to determine everything from the relationship between the waves to their inherent length and amplitude.

a Chartered Market Technician, is the Global Head of Technical Strategy for Barclays and is the President of the Market Technicians Association in New York. Previous positions include vice president, technical market strategist at JPMorgan Chase in New York and senior technical strategist at Elliott Wave International. He is a featured author in the recently released book, Market Analysis for the New Millennium and is currently co-authoring a textbook on technical strategy.