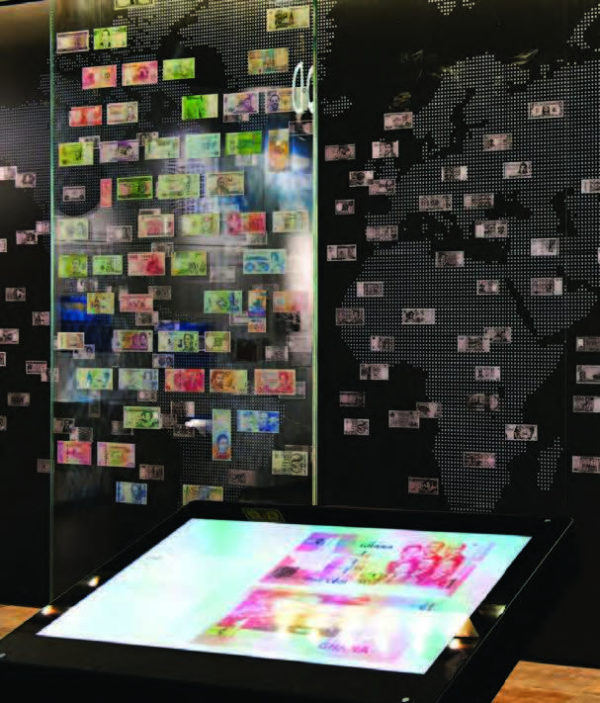 The Federal Republic of Germany boasts the second-largest stock of gold holdings in the world, at 3,374 tonnes. From 1948, these holdings were initially managed by the Bank deutscher Länder, before its successor, the Deutsche Bundesbank, took over in 1957. They were accumulated within the space of just over 20 years, between 1951 and 1973, during the era of the European Payments Union and the Bretton Woods system, which was the global currency regime between the end of World War II and 1973. Long relegated to the fringes of public attention, Germany’s gold reserves were thrust into the spotlight when turmoil erupted in global financial markets in late 2008 and the German general public suddenly began to take a different view of things. This change of mindset coalesced in a desire for greater security and a need for more information, particularly on Germany’s stock of gold reserves.

The past six years have seen the Bundesbank respond with a variety of measures designed to gradually boost transparency surrounding Germany’s gold holdings. Indeed, back in autumn 2012 it ranked among the first central banks to even disclose where it stores its gold, and how much. A few months later, in January 2013, the Bank called a major public press conference at which 20 bars from its vaults were displayed, filmed, photographed and explained in public for the first time.

That press conference also saw the Bundesbank unveil its storage concept, which outlined in detail why the Bank was planning to transfer 674 tonnes of Germany’s gold to Frankfurt by 2020. Gold forms part of the reserve assets, and there is no need to hold reserve assets in a monetary union, which was why it was decided to close the storage location in Paris. Another decision was that, in line with standard practice at many other central banks, more than half of Germany’s gold should be stored in Germany in future, hence the intention to ship 300 tonnes from the US Federal Reserve to the Bundesbank by 2020. As we now know, this transfer was wrapped up in 2017, well ahead of its self- imposed deadline.

Regular gold shipment updates at the beginning of the year kept the media and general public abreast of developments. But that wasn’t all. There followed further steps to enhance transparency and make Germany’s gold reserves an even more vivid experience for the general public. The beginning of 2015 saw the Bank put a short film on its website which explained to the public for the first time how the gold bars moved to Frankfurt were shipped and processed. This was swiftly followed in autumn of the same year by another première: the first-ever publication of a gold bar list, which provides a schedule of all the gold bars held in storage by the Bundesbank. This list is updated annually and published on the Bank’s website. And finally, to give everyone an opportunity to experience the gold for themselves, the Bundesbank displayed a gold bar for visitors to see and feel at its last two open days in Frankfurt, in 2014 and 2017, and also at its revamped Money Museum. 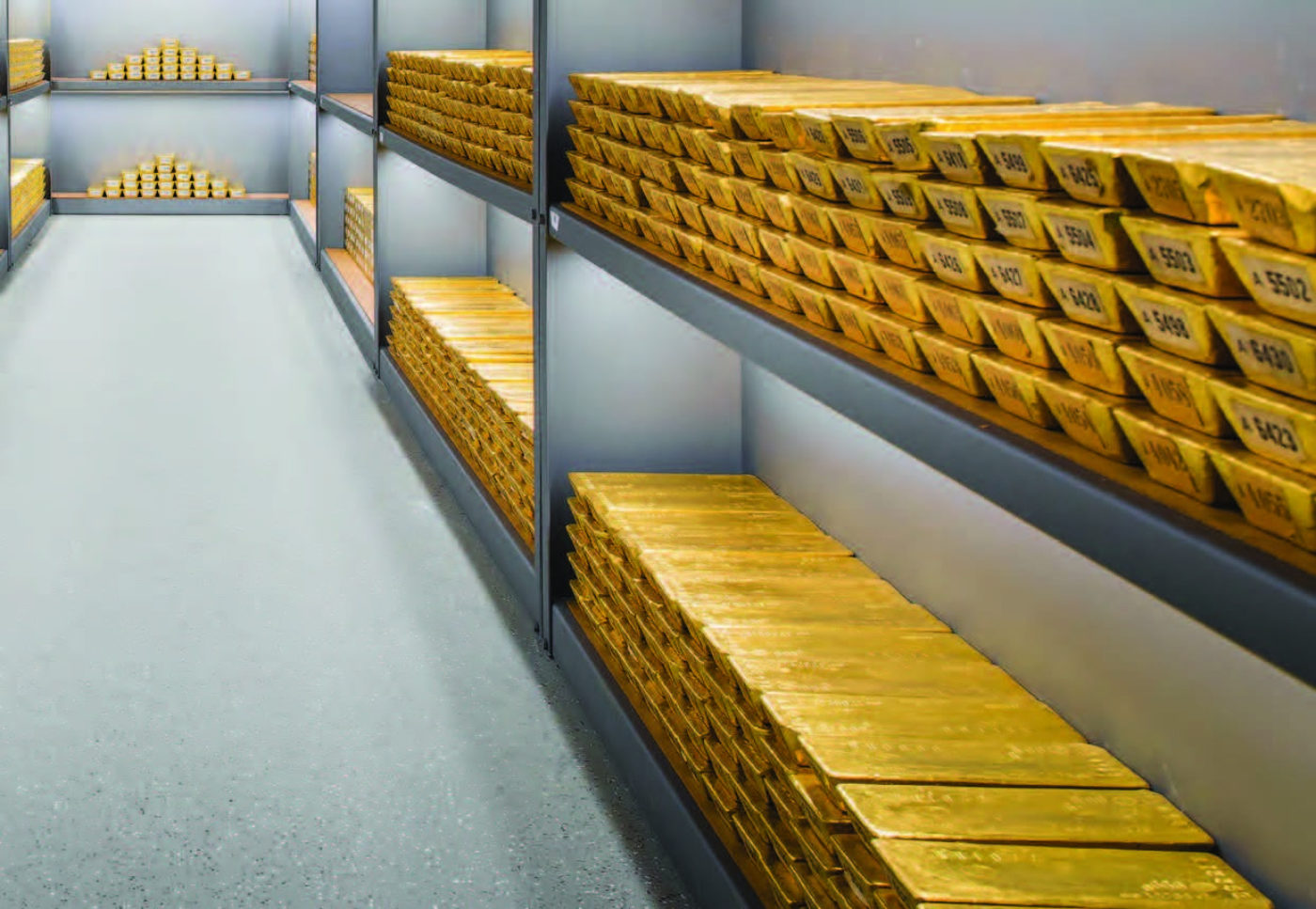 Johnson Matthey & CO. LTD. produced the bar in 1937... and held by the bundesbank for more than 60 consecutive years. 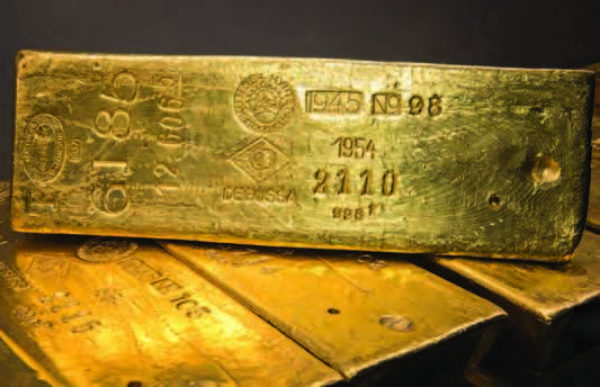 The Johnson Matthey bar produced in 1937.

Furthermore, in recent years the Bundesbank has received a steady flow of queries from the public at large about where Germany’s gold came from and how it is used. The Bank’s numismatic collection, which includes more than 90,000 coins, making it one of the country’s largest collections, and boasts an unusually high number of gold coins, is another “conversation starter” which can serve to provide interested members of the public with historical information about the use of gold coins as a means of payment. This was the backdrop which prompted the Bank to consider launching another project that would shed more light on the history of Germany’s gold. To coincide with a special exhibition at the Bank’s Money Museum entitled “Gold. Treasures at the Deutsche Bundesbank”, which was opened on 11 April 2018 with a symposium attended by numerous national and international gold and numismatics experts in Frankfurt, I unveiled a newly published book called Das Gold der Deutschen (Germany’s Gold). This publication is the first to give a detailed account of the history of Germany’s gold reserves and the use of gold coins as a form of payment, besides sharing a number of fascinating scientific titbits about gold as a precious metal. Richly illustrated, the book gives readers a sense of what it is like to hold the gold bars and coins and savour their details. An English edition of the book will be published in the not-too-distant future.

The exhibition presents a selection of particularly interesting bars from the Bundesbank’s holdings. Computer-animated features explain the meaning of the different hallmarks which various entities stamp or etch on the bars to confirm the purity of the precious metal content. The gold bar which the Bundesbank stocks under inventory number 3 is a good example of this, and its markings offer a vivid account of its provenance. London-based assayers and refiners Johnson Matthey & Co. Ltd. produced this bar in 1937 (see photo below) as number 6185 with a listed weight of around 12.6 kilogrammes. The Royal Mint in Stockholm audited the bar in 1945 as number 98, and a fineness test by Degussa in 1954 under number 2110 found that it had a fineness of 99.61%. That year also saw the bar come into the possession of the Bank deutscher Länder, which means that it has now been held by the Bundesbank for more than 60 consecutive years. During that period, the bar’s fineness and weight were examined multiple times as part of Bundesbank internal audits, with no fault with the data provided being found.

For more than two-and-a-half thousand years, gold coins played a hugely important role in most monetary systems around the world, so it’s no surprise that an extensive range of gold coins are on display in the Money Museum’s exhibition. The invention of coinage at the turn of the 7th to the 6th century BC is tied up with King Croesus of Lydia and his father Alyattes II. To begin with, these coins were made from electrum, an alloy of gold and silver which was gradually separated to form a bimetallic currency system of pure gold and pure silver coins. Non-numismatists remember Croesus to this day as the inventor of coinage through the expression “rich as Croesus”.

What had begun under Croesus did not end for good until 15 August 1971: the direct link between gold and means of payment. On that date, Richard Nixon severed the link between the US dollar and gold. But even today, gold is nonetheless an important anchor of confidence in monetary policy, which is why gold reserves are securely stored in central bank vaults.

The invention of coinage at the turn of the 7th to the 6th century BC is tied up with King Croesus of Lydia. 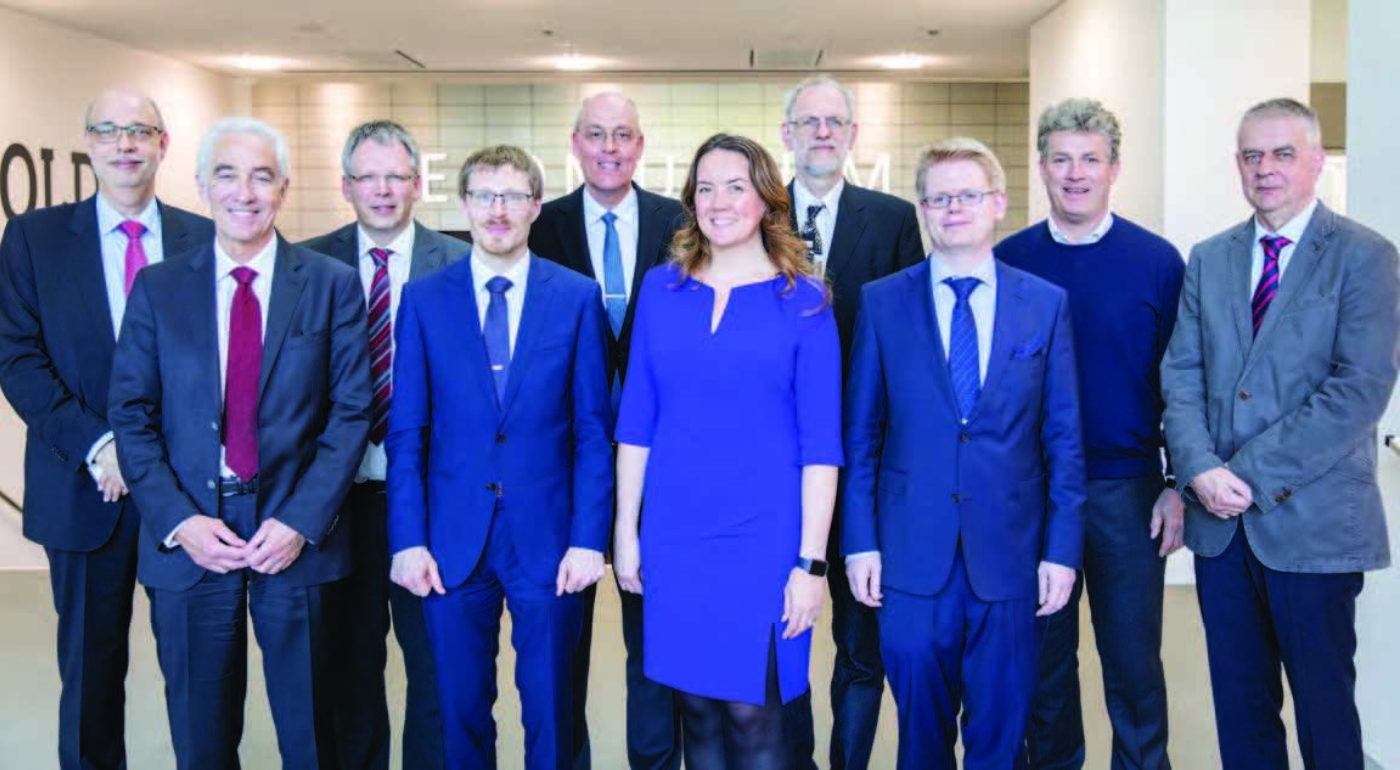 Speakers at the Bundesbank Symposium including Ruth Crowell.

The participants of the symposium on “Gold and its significance for currencies” also visited the new exhibition. For the first time ever, we have combined aspects of numismatics and monetary history with issues of modern gold processing and gold trading as well as central bank gold. This approach reflects the understanding of history put forward by the renowned French historian Fernand Braudel, who emphasised the longue durée, or “long duration”, of certain historical processes.

The use of gold as a means of payment for two-and-a-half millennia is a classic example of such a process with a particularly long duration.

The problem with very long processes such as this is that they are not normally perceived as development by contemporaries. It is only when historians look back that, with the benefit of hindsight, these processes can be identified as such. In my view, it is vital for a central bank to have an equivalent degree of foresight, which is why I personally make every effort to initiate and encourage dialogue in this area.

Following welcoming remarks by Stefan Hardt, Director General Cash Management, the symposium kicked off with a presentation by Professor Bernhard Weisser, Director of the Münzkabinett of the Staatliche Museen zu Berlin, who discussed electrum and gold in antiquity. Professor Hubert Emmerig of the Department of Numismatics and Monetary History at the University of Vienna turned his attention to the medieval gold money landscapes in the German Reich. Professor Bernd Kluge, former Director of the Münzkabinett of the Staatliche Museen zu Berlin, traced Prussia’s path towards gold in the Early Modern age. Professor Svein Gullbekk from the Coin Cabinet of the University of Oslo’s Museum of Cultural History brought the historical overview to a close with his presentation on modern history and outlined the role of the US double eagle in overcoming the Great Depression. Having thus been enlightened on the historical context, we heard from Christoph Wild, CEO of the gold refinery Argor-Heraeus, who covered the gold value chain, with processing and responsibility forming the key points. Ruth Crowell, Chief Executive of LBMA, detailed the history of London as a gold trading centre and the development of the Good Delivery Standard. Wolfgang Schulte from the centre of excellence for gold at the Bundesbank’s Directorate General Payments concluded the proceedings by reporting on how Germany’s gold reserves came into being and on their use by the Bundesbank.

The measures I outlined earlier make the Deutsche Bundesbank today one of the world’s most transparent central banks with regard to its gold reserves.

In spite of some doubts about where transparency will lead and what it will trigger, other central banks have now taken this path, too. When it comes to the security of individuals and assets, transparency about gold also meets its limits. Yet even over the past few years, the Bundesbank has proved that transparency and security can indeed go hand in hand. The proof is in the gold transfers we conducted in recent years, which came off securely and discreetly but were also disclosed to the public as transparently and promptly as possible.

Ruth Crowell detailed the history of London as a gold trading centre and the development of the Good Delivery Standard.