As every reader of The Alchemist will know, on 7 May the UK announced plans to sell a total of 125 tonnes of gold through five auctions, the first of which will take place on 6 July. The UK also announced its intention to reduce its gold holdings from 715 tonnes to 300 tonnes over the medium term. As a result of these changes, the share of gold in the net reserves will fall from 43% to 15-20%. (Unlike some other countries, the UK manages its foreign currency assets and liabilities together, hedging the risk on its borrowed reserves, and spreading the risk on the remainder through diversification.) So, through its continuing holdings, the UK will continue to benefit from the diversification that gold provides, in bad times as well as good; it still sees gold playing an important role in the official reserves. The decision represents a straightforward portfolio management operation, designed to rebalance the composition of the UK's external reserves - not a view on future movements in the gold price, nor on entry or otherwise into monetary union, nor a conspiracy with persons known or unknown! 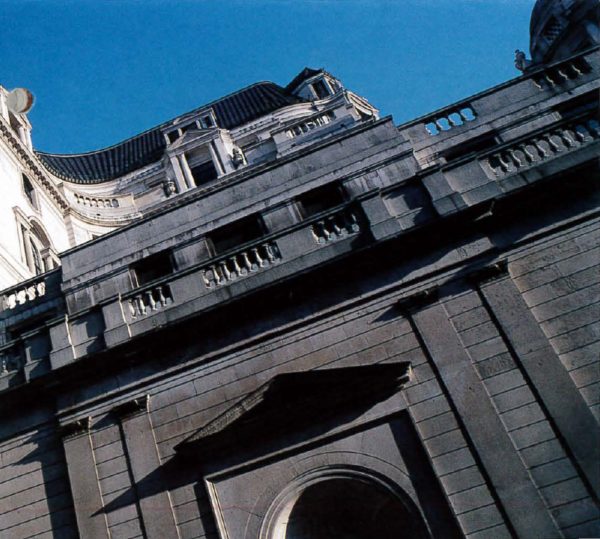 The announcement came as a surprise to the market, which had not focussed on the UK as a potential seller of gold. But although it was important to maintain confidentiality ahead of the announcement, the sales will be carried out in an open and transparent way by means of a series of auctions. And the Bank of England has asked the members of the LBMA for their reviews about the details of the auction process.

So why did the UK choose to use auctions for the sales, rather than sell first and announce later? As you might expect, the answer reflects a mixture of pragmatism and principle.

With the market increasingly on the look­out for sales of gold from the official sector, it would have been difficult to sell covertly within the relatively short period allowed by reserves publication policy, a policy which has been agreed under the auspices of the IMF. In particular, it would not have been possible to sell gold covertly over a number of years, and so the sales would have been bunched, with no opportunity to spread the price risk on them. And signs of' the activity might well have been detected, leading to uncertainty and a possible over-reaction in price terms together with significant disruption to the market.

But in any case, we believe in principle in acting in an orderly and transparent way. This helps all participants in the market, by reducing volatility and uncertainty about our intentions. As a result, we need not sell at a discount to the spot price, as would have been the case with a covert sale. By announcing our plans in advance, we can avoid disruption to the market, and allow prospective purchasers to bid in the auctions with greater confidence about future supply, improving the prospects for a successful outcome.

For the same reason, we have chosen a 'single price' format for the auction, so that all bidders get gold at the lowest successful bid, rather than the price at which they bid. This much reduces the risk of anyone paying over the odds for the gold, and should thereby encourage bidding. We think that this will maximise the prospects of' a series of successful auctions, and in consequence the average prices we receive at them. For while the gold price has fallen following the UK's announcement - it would have been extraordinary if it had not done so - the more relevant test is the price which we will receive at each of the auctions we hold over the coming years.

The auction format has been chosen so as to maximise participation and spark interest among prospective purchasers. We believe that the amounts are of a size which should be easily absorbed by the market; this impression has been confirmed by the feedback we have so far received. The auctions will be open to all members of the LBMA, and thus through them to their customers, as well as to central banks with accounts with us. With the millennium on its way, together with the removal of VAT on investment gold, we hope this will act as an opportunity to market gold not only to those who have bought it in the past but to a wider circle of potential buyers. Our actions demonstrate that we believe it has a key role to play in a balanced portfolio of assets.

The decision to sell openly via the auction process has been welcomed by many of you, though not by all: one prominent figure in the gold industry was good enough to admit that like some others, he preferred transparency when it related to central bank purchases of gold rather than central bank sales! That said, many observers consider that it is the uncertainty about the intentions of the official sector which acts as the major bearish influence on the market in current circumstances, and it is precisely this uncertainty which the auctions route is designed to address.

What are the next steps? At present we are working on an Information Memorandum, which should have appeared by the time you read this or very shortly thereafter, and which will set out the definitive arrangements for the auctions, such as the means whereby the bids should be submitted to the Bank, the time table and content for the announcements on the day itself, and the methods of "scaling back" bids if that should prove necessary - on all of which we have been consulting member s of the LBMA. With the first auction on 6 July, there will then need to be a lot of work, not just from the Bank of England but also from the members of the LBMA themselves, who will know better than anyone the range and scale of interest in gold and can tailor their marketing accordingly.

Now that the decision to sell gold has been taken, it is important to look ahead to the auctions themselves, and at the opportunities, these can provide for the gold market. If properly marketed, these could act as a shop window for gold, and as a means - on a regular and orderly basis - to focus the attention of investors on it. If the auctions go well, this will not only be good for the industry but for the position of London as the centre of the gold market. And if that happens, it will in no small way be due to the skills and the global reach of the members of the LBMA, who are absolutely central to this process.

Société Générale, in conjunction with Corporation Bank, India, has launched a gold medallion to commemorate the Cricket World Cup, which is running from mid-May until late June. Corporation Bank were granted a licence to import gold into India in 1998, and SG has become one of their main counterparts in sourcing gold from international refiners.

The Commemorative Medallion contains a quarter ounce of 99.99 gold and is being minted by the Perth Mint. On its face, it features the image of master Indian batsman Sachin Tendulkar. The artwork for the image of Tendulkar was completed by one of the masters of coin and medallion artistry, Stuart Devlin, who has also recently completed artwork for the Perth Mint on a full range of coins for the Sydney Olympics. It is presented in an attractive wallet containing a Certificate of Authenticity, a photograph and signature of Tendulkar and the Indian itinerary for the World Cup.

The Medallion was launched in Mumbai, Calcutta and Bangalore in late March in the presence of Tendulkar, some of his team-mates and Kapil Dev, India's inspirational captain when they last captured the Cricket World Cup back in 1983. Corporation Bank is marketing the Medallion throughout India, where there is a passionate culture for both cricket and gold. The Medallion has also attracted interest among Indian ex-pat communities in other countries, including the World Cup host country England. Availability of the Medallion is limited to the end of the World Cup in late June.