The escape mechanism of Scott O 'Grady's F-16, the parachute that carried him safely to earth, and the air-survival radio that enabled him to reach his rescuers after six clays in a rain-soaked forest all relied on gold components. No other metal would be as dependable as gold. It doesn't corrode, crumble or tarnish. 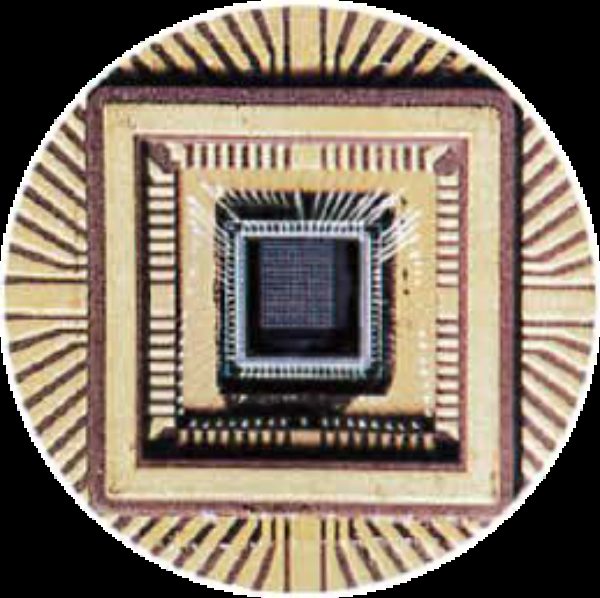 While gold's beauty was the quality that first drew man's attention to it thousands of years ago, today, its useful qualities are making it increasingly attractive for applications ranging from the home to the hospital to outer space.

Gold's superior electrical conductivity, the ease with which it can be shaped and deposited on other surfaces and, most importantly, its resistance to corrosion makes it vital in contacts and connectors used in a wide range of electronic equipment - the largest industrial application of gold - to ensure accuracy and reliability.

Thin gold pastes and gold plating’s are applied to printed circuit boards in computers and to contacts for switches, relays and connectors to guarantee a dependable connection. And each year, well over two million miles of slender gold bonding wires are used in semiconductor packages.

The over 4-trillion sections of gold wire - each thinner than a human hair - that connect 40-to SO-billion tiny microprocessor chips in computers and other devices are triumphs of modern metallurgy. In 1996 alone, these connecting wires used 53 metric tons of gold (1.7 million troy ounces), worth over $544 million, yet each individual computer only needs a few cents worth to perform reliably for decades.

The number of these gold interconnections is increasing at about twelve percent a year. Because gold does not oxidise, it is the metal connection of choice between microchips and their lead frames. It possesses a lower electrical resistivity than other metals, yet has a higher melting point. Thus, gold wire will survive a higher burnout current, before failure, than aluminium, its closest competitor. Connector contacts in all miniature telephone jacks and receptacles are gold-coated, as are the switch contacts in portable cellular telephones - where use outdoors would quickly degrade other metals.

Rese archers have recently developed the world's smallest pen, capable of drawing lines as thin as 30 nanometres, or about one­ millionth of an inch. Experts expect the pen to be used for drawing nano- circuit components a thousand times smaller than today microchips. It could also be used for the precise placement and shaping of molecules of different chemicals, which act as sensors, onto microchips. This pen should make an important contribution as microchip technology becomes smaller and is based more on biology than electronics. 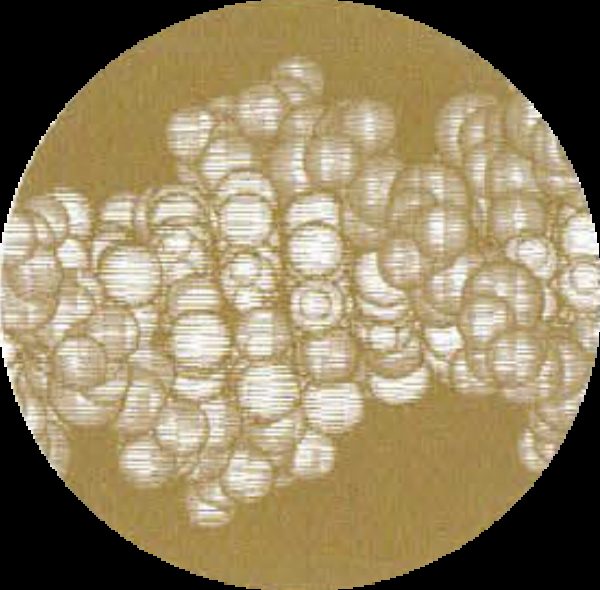 Medicinal usage of gold dates back at least as far as ancient Rome, where gold sales were used in the treatment of skin ulcers. Alchemists in medieval Europe mixed powdered gold into drinks to "comfort sore limbs" - an early reference to arthritis. Gold is still used today to relieve both rheumatoid arthritis and chronic ulcers.

Its medical applications are growing. Surgeons use gold instruments to clear coronary arteries. An injection of microscopic gold pellets helps retard prostate cancer in men. Women with ovarian cancer are treated with colloidal gold. Gold-coated lasers literally give new life to patients with once inoperable heart conditions and tumours.

Because it is biologically benign, biochemists use gold to form compounds with complex material s like proteins to create new life-saving drugs. One experimental new gold compound being tested for AIDS blocks virus replication in infected cells.

Because of gold's unsurpassed ability to reflect infrared radiation, it has become an important biomedical tool for scientists studying the body's behaviour. For example, by attaching a molecular marker to a microscopic piece of gold, scientists can follow its movement through the body. And because gold is readily visible under an electron microscope, scientists can, for the first time, see whether and where a reaction takes place in an individual cell.

Some researchers are placing gold on DNA to study the hybrid genetic material in cells. Others are using it to determine how cells respond to toxins, heat and physical stress. Still, others are studying the chemical changes that occur in normally functioning cells.

One of the most promising new areas of medical research involves the use of lasers whose interior surfaces are coated with gold to control the focus of the beam. In one development, gold vapour lasers create a high-intensity reel light with the required wavelength to seek out and selectively destroy cancerous cells without harming their healthy neighbours. 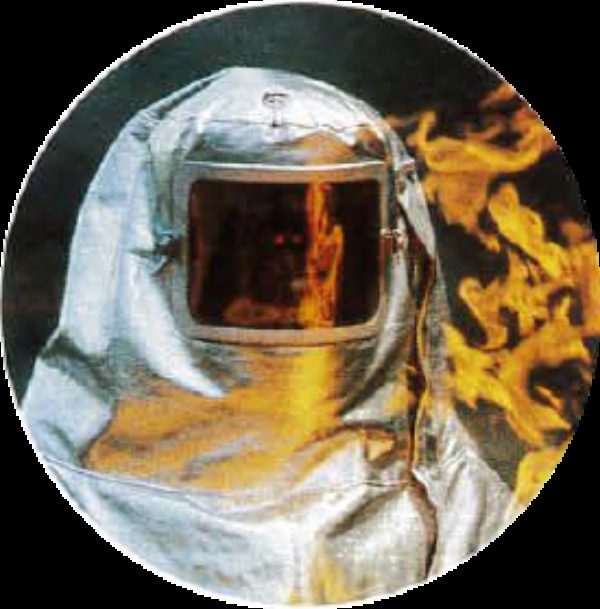 Gold-coated electrical connectors and contact pads provide flawless connections that ensure broadcast of static-free digital images from satellites and spacecraft, which must function unattended for years. And like the TV cameras and camcorders used at home, the satellite cameras that track weather systems or send images of other planets back to Earth depend on gold-coated wave articles to focus high-frequency signals.

Because gold is a superior reflector of heat, gold coated shielding is also used to protect delicate instruments and other spacecraft systems from intense solar radiation. Gold-coated visors also screen astronauts' eyes from damaging radiation during walks in space, a use now extended to the visors of firefighters.

In November 1996, the Mars Global Surveyor lifted off from Cape Canaveral on a ten-month voyage to Mars. Among the spacecraft's scientific payload was the Mars Orbiter Laser Altimeter. With the aid of a gold-coated parabolic telescope mirror, the altimeter will be generating extraordinarily detailed topographic maps of the entire Martian surface over a period of years. 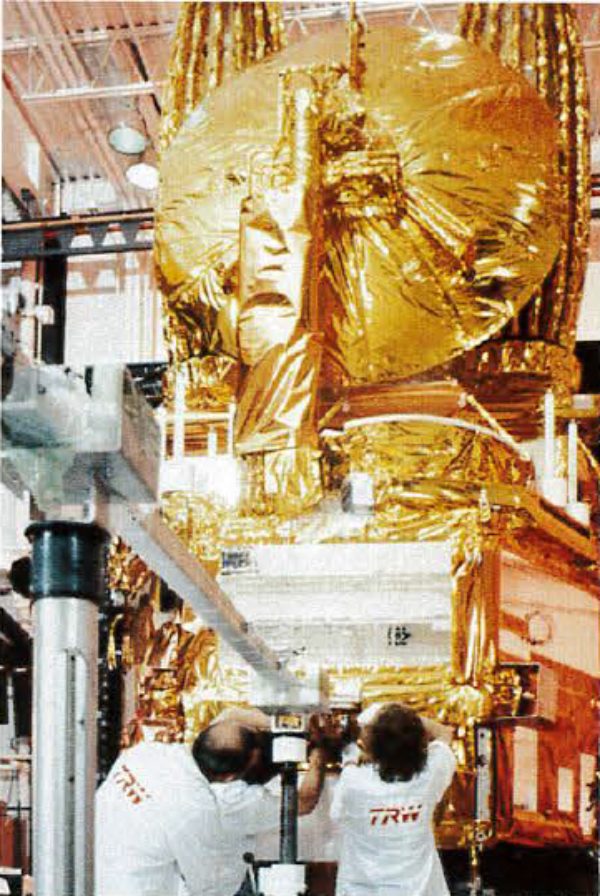 A tracking and data relay satellite uses gold-coated Mylar to reflect intense heat from the sun.

Gold-coated reflectors amplify light beams in lasers that are used in a wide range of manufacturing applications, including heat-treatment to increase the life of cylinders in locomotive diesel and to cut hard-to-work metals, like titanium, for aircraft: fuselages.

Because gold is chemically inactive, it also increases the efficiency of a number of chemical reactions. For example, because gold reduces the number of unwanted compounds created in the manufacturing process, a gold-palladium catalyst is used in the production of vinyl acetate, a building block for plastics.

And gold-coated optical fibres are gaining wide use by researchers who are studying chemical containment vessels and rocket engines that are subject to hazardous environments or high temperatures.

New research has also developed an affordable method of dyeing fabrics with gold and other precious metals to offer permanent bright colours. A chemical reduction of Free metal ions deep into the textile fibres makes the metal part of the cloth's structure. While common organic dyes bleach out when exposed to sun and chemicals, colours made by metals will remain true forever: in a test, the colour of gold-dyed silk remained unchanged after a ten-minute soak in chlorine bleach. One ounce of gold will colour roughly 380 miles of spun viscose yarn.

A tracking and data relay satellite use gold-coated Mylar to reflect intense heat from the sun.

Aircraft engines use gold brazes in the compressor section.

In the air, gold has helped save the lives of more than 300 pilots since 1978 through the faultless operation of aircraft escape. And on the road, only gold-coated electrical contacts can assure Fail-safe deployment of life-saving airbags in millions of cars on the road today. Gold contacts, because of their unique resistance to extreme the weather, also make possible the minimum 10-year or 150,000-mile design standard for ABS (interlocking braking systems). Over 28 million automobiles and light trucks built over the past four years have factory-installed ABS.

In the standard 25-position ABS, sensors at each wheel monitor motion and conduct their signals through 21 gold-plated contacts to an on-board computer programmed to integrate brake-pedal pressure and wheel rotation. When ABS are activated, the computer signals the driver by rapidly fluctuating the hydraulic pressure and producing a pulsating effect on the brake pedal, warning the motorist that the car is on the verge of skidding. Enough hydraulic pressure is released to allow the tire to continue travelling forward without the uncontrolled spinout that occurs when tires lock up. The driver is able to execute a controlled turnout to avoid an obstacle or to complete a corner under full brake-pedal pressure.

Gold contributes to safety in many other ways. Since the beginning of the jet age, gold has been used with nickel to bond compressor vanes in the huge turbines of commercial jetliners, enabling them to withstand exhaust temperatures of more than 1150 degrees Fahrenheit. At the opposite extreme, when subfreezing temperatures threaten visibility, a thin transparent film of gold on the windscreen of a plane helps keep it clear on the ground and in the air.

In hospitals and office buildings, a gold-coated infrared instrument has been developed that immediately detects unhealthy build-up of carbon monoxide and other indoor pollutants. Whenever indoor air quality falls below an acceptable level, blowers are activated to bring in outside air. 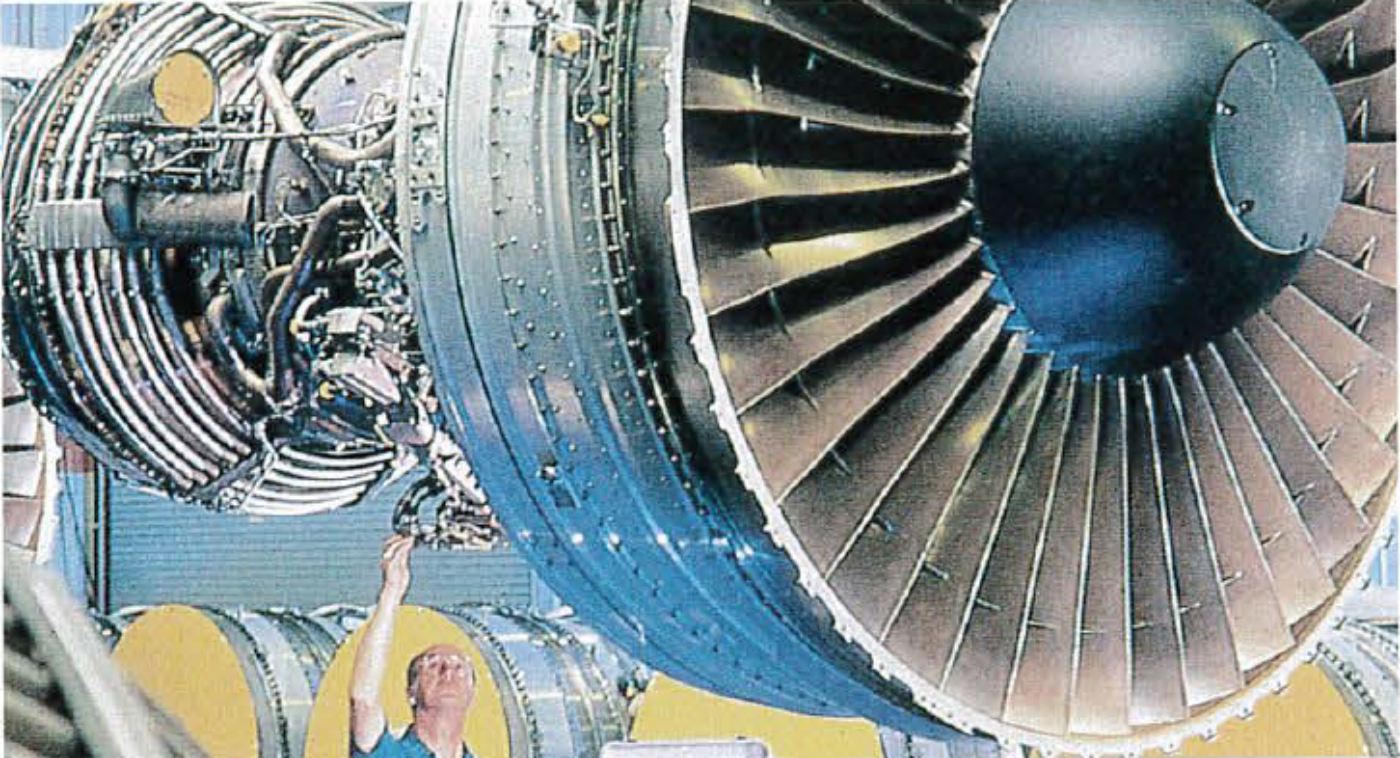 Aircraft engines use gold brazes in the compressor section.

John Lutley received a degree in Metallurgy from Cambridge University in England in 1958 and Joined Johnson Matthey, a major international precious metals company. After 20 years in the UK and Canada, he became Chief. Executive Officer of their North American operations based in the Unit ed States. He retired from the Johnson Matthey Group in 1984.

In 198 5, he became President of the Gold Institute. He was also Executive Director of the Silver Institute from 1985 to 1996, when he retired from that position. He remains a consultant of The Silver Institute. Both of the Institutes are international, non-profit organisations.

As President of the Gold Institute, he acts as spokesperson for the industry and directs programs that: provide members with relevant current statistical data and other information Oil the gold industry; provide members with early identification of change s in the operating climate for the industry; provide informational statistics on the gold industry to the media and the public.