The gold mining industry in Australia - and globally - have unfortunately differentiated itself from other commodity producers by the fact that it has always been very fragmented. 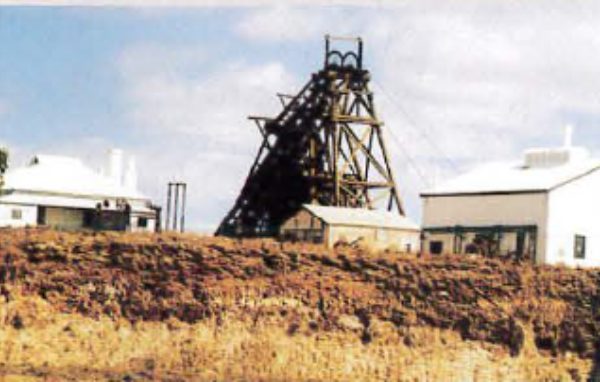 ln Australia alone, there were only 350 gold mining companies listed on the Stock Exchange. (similar situations exist in other countries, in particular, Canada) . In Australia, for a long period of time, the industry had no comprehensive or unified voice in its dealings with the state and federal government or the community at large. This was a prime motivating factor leading to the formation of the Australian Gold Council in 1999. It is important to understand that it works in concert with organisations such as the Minerals Council of Australia, the World Gold Council and other talc industry bodies.

When the Australian Gold 'council was formed, we considered it imperative that it be representative of the whole industry. For this reason, the broad structure has been established so that there is equal representation from various scales of producers, along with explorers.

Similarly, we have an associate member category where we encourage all those who are involved in the industry as service proprietors to become associate members. This category includes mining contractors, drilling companies and suppliers of explosives, among others.

Recently, the Council appointed Mr Greg Barns as its inaugural Chief Executive. Greg has a legal background and has worked as Chief of Staff to the Australian Go

Government's Minister for Finance and Administration in Canberra and recently spent five months as the National Campaign Director for the Australian Republican Movement.

Activities of the Australian Gold Council over the last year have included:

The original Australian Gold Index carried some severe limitations in terms of the number of companies that were involved, the size of the index and its promotion (or lack of it) by the Australian Stock Exchange and the gold mining industry itself. The percentage of the Australian AII Ordinaries Index ( and other similar global index es) made up by the gold sector has fallen dramatically in recent years and the AGC felt it was important to better structure and promote a new Gold Index.

A well-functioning equities market is the key to providing capital for the next generation of gold mining companies. Our objective is to continue to expand the Index and its market capitalisation, which will help create a key world gold benchmark and attract new investment. To support that, we are negotiating entry into the Index for overseas gold mining companies. We hope that the new Index will provide an attractive investment alternative to Australian fund managers and investors.

Pater K Lalor has a law degree from the University of Western Australia and, after practising law in Perth, started Sons of Gwalia Ltd with his brother Chris in 1981.

Mr Lalor is. Director of the World Gold Council and Gold Corporation, a Vice President of the Western Australian Chamber of Minerals & Energy and a member of the Executive Committee of Minerals Council of Australia.

Sons of Gwalia is one of Australia's largest and most successful gold mining companies and is also a substantial participant in Australia's industry in the minerals industry.