Out of Africa: Prospects for the Future of Mining in the Continent

This article is adapted from a speech given at the Indaba Mining Conference in February. In this update, Gerard Holden reviews the developments in Africa’s mining sector over the previous year and comments on the effect of the current economic outlook on metal prices. He also looks at some key political, economic and industrial developments in Africa and, more specifically, in South Africa.

The dramatic and fairly sustained increase in US dollar-denominated commodity prices during 2003 renewed optimism for the development of new projects in the mining industry in general and Africa in particular. The extent to which the rally can be sustained throughout this year is dependent on a few key factors.

Fuelled by infrastructure development and rapidly increasing levels of personal consumption in the major cities, Chinese demand for raw materials was a key driver of the increase in commodity prices. At Barclays, we expect the marked upward trend in Chinese exports and imports to continue this year, again providing a major positive influence.

Another key driver was US dollar weakness, which encouraged speculative buying of precious and industrial metals. During the first half of this year, Barclays foresees further dollar weakness, but expects that trend to reverse during the second half.

Staying with the US, the relaxed monetary policy there has played a role in boosting metal-intensive manufacturing during the latter half of last year, and the combination of strong new orders and low consumer inventories continues to paint a strong picture for metal demand in 2004.We expect all base metals to register double-digit growth, with nickel and copper, driven by strong demand, performing the strongest.

Of central importance to commodity prices will be the investment community’s reaction when the Federal Reserve starts raising interest rates. We believe this could happen during the late second or early third quarter of this year, and that could well be a signal to liquidate long metal positions.

In the short term, gold has several positive factors:

The evolution of producer hedging to dehedging has become one of my favourite topics. How many industries around the world would love to be able to lock in future prices at highly profitable levels? Unfortunately, highly vocal shareholders – so-called gold bugs – are forcing otherwise well managed global businesses to ignore one of their key responsibilities: risk management.

In a high-price environment, it is easy for shareholders to sanctimoniously declare that hedging is evil and demand that gold companies dehedge. But those same shareholders will be the first to hit the sell button when prices decline, leaving the long-term providers of capital – employees, management, lenders and local communities – struggling to manage a business in a lower-price environment.

I am not defending all hedge books. Historically the industry has not helped itself with poor transparency and communication. However, I firmly believe that companies should incorporate a vigorous risk management regime around metal prices in the same way they would around health and safety, environment, construction and business insurance.

Few of Gold Fields’ shareholders complained when the company protected its US$/A$ operating cost exposure when purchasing Western Mining’s western Australian gold assets. I am sure even less are complaining today about the fact that over 70% of the acquisition cost has been recouped from realising the value in those hedges. However, imagine the shareholder outcry if Gold Fields had decided to hedge its A$ gold exposure instead 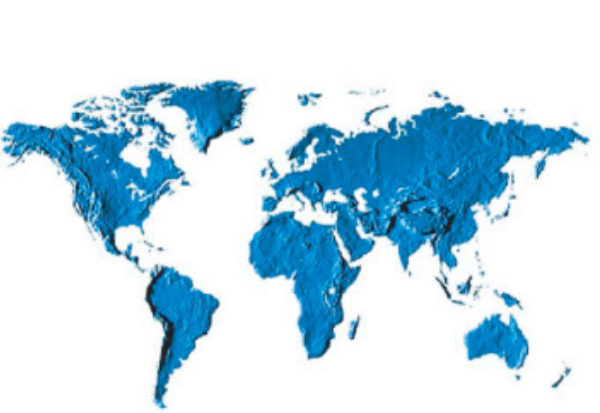 Has the increase in US$ gold and base metals prices done anything positive for the mining industry in Africa?

With robust metal prices, capital should be invested into new exploration and development programmes. However, historically the Mineral Economics Group (MEG) has reported that from a peak of US$5.2bn in 1997, non-ferrous exploration fell for five consecutive years to a ten-year low of only US$1.9bn in 2002.This decline resulted from substantial cutbacks by the majors, the negative effects of industry consolidation and the loss of funding for a large number of junior companies as equity disappeared from the sector. From an African perspective, this had a dramatic effect on the number of new discoveries in the last few years.

In 2003, MEG estimates that exploration budgets were on the rise and totalled around US$2. 4bn.This turnaround resulted from a combination of factors:

How does Africa stack up against its competitors when bidding for investment dollars?

Led by a surge of spending in South Africa, Africa surpassed Australia for the first time in exploration spending, moving into third place by region in 2003.The large increase in allocations reflects Africa’s enormous geologic potential. Although no world-class deposits have been discovered there for the last couple of years, Africa’s geologic potential is still huge. With the recent increase in exploration investment, we anticipate that new discoveries will be forthcoming shortly.

Other Factors, Other Impacts

Now a look at factors within Africa that bear on the relevance of mining in the continent. Three key themes emerge.

HIV/AIDS is one of Africa’s most formidable obstacles, and the mining industry in Africa, and in South Africa in particular, has started to take action. Well reported programmes from Anglo American, AngloGold, Gold Fields, De Beers and Barrick show an appreciation of the damage that the disease can inflict on the sector. While most of these programmes are at a relatively early stage, spending is projected to increase significantly over the next few years. Failure to commit sufficient spending would have a devastating impact on the industry’s future.

Peace and stability go hand-in-hand with development in Africa. There has been recent progress towards resolving conflicts in Burundi, the DRC, Guinea-Bissau and Sudan. Although some of this progress is erratic and slow, under the auspices of organisations such as NEPAD, the continents’ leaders are playing an ever-growing role in strengthening their own capacities to prevent and resolve conflicts.

While I believe that a new generation of African leaders is emerging, until thorny issues such as Zimbabwe are dealt with, the rest of the world will remain sceptical.

Corruption, while by no means exclusively an African problem, thrives on potential imbalances of power and undeniably leads to poor decision-making and the breakdown of law and order. International investors in African mining have a huge responsibility to fight corruption at all costs, and the continent’s leaders must shed not just the image, but also the reality of despots and dictators. And South Africa must lead by example for the rest of the continent.

The Strong Rand Can Mean Weakness

There have been many developments in South Africa’s mining industry over the last twelve months. While Minister Phumzile has done a first-class job of managing the different constituencies to establish the framework for empowerment in the mining sector, the new minister now faces the unenviable task of adjudicating actual performance against the criteria established.

Though no doubt this will be the focus of much negotiating and lobbying, good sense should prevail. With the empowerment ship well and truly launched – as seen in Mvelaphanda’s deal to buy 15% of Gold Fields’ South African assets and the merger of Harmony and African Rainbow Minerals – other considerations become more important.

Key among these is the continuing strength of the rand, with associated wage inflation and its impact on the availability of the financial and human capital necessary to ensure a sustainable platform for empowerment.

The strong rand’s potentially long-term impacts on the industry include the possibility of a loss of international competitiveness and a significantly lower fiscal contribution to the Treasury. There is thus a clear trend for South African-based mining companies to strengthen their expansion plans outside the country – which risks losing its attractiveness and relevance as a global centre for mining.

The connection to empowerment is clear: What benefit do the historically disadvantaged gain if they are being empowered within an industry potentially in decline? It will fail to retain the best black entrepreneurs and will lose out in the race to attract international and even domestic capital, in spite of the encouragement implicit in the financial services charter.

To my mind the government has developed a robust framework by which to measure empowerment with a firm “stick” in the form of new order mining rights. However, it now needs to provide a “carrot” either by adopting policies that lead to a weaker rand, properly encouraging the creation of a black empowerment fund, or reducing the financial burden on the sector.

Clearly government has a key role to play in ensuring the success of empowerment in the mining sector, but a word of warning to the mining companies that have not yet embraced empowerment: Do not delay, as there is a finite pot of capital and the early birds will definitely get the worm. I can see a situation developing over the next two or three years when a number of empowerment companies in the mining sector consolidate, leaving two or three key groups in a position of strength to dictate terms to the existing holders of rights.

To review, we are in the middle of a US$. denominated base-metal price boom. This is partially driven by a weak US dollar, but increasing signs of restocking and production shortfalls, combined with strong demand, suggest the bull market has some way to go. Gold prices appear totally supported by US$ weakness but have the potential to fall precipitously once the dollar regains strength.

Equity markets for mining stocks are strong, with a significant amount of new capital entering the industry. Much of this is being directed towards exploration spending, with Africa in particular now estimated to be the third most important region after Latin America and Canada. Given Africa’s significant potential and the increasing activities in highly prospective countries such as the DRC and Eritrea, it is only a matter of time before some truly world-class discoveries are made in the continent.

South Africa has a leadership role in Africa – evidenced by the good work carried out by institutions and government ministers – but is in the unenviable position of seeing investment in mining on the rest of the continent thrive while its own industry suffers from a strong currency.

Looking at influences outside the continent, the recently completed Extractive Industries Review commissioned by the World Bank poses what I believe to be one of the biggest threats to the future relevance of mining in Africa. Historically the World Bank Group has played a significant role in both encouraging mining in Africa and acting as a catalyst for commercial lenders to work in new countries. The banking community has shown it is prepared to deal seriously with the issues around sustainable development and mining, with 21 lenders now signatories to the Equator Principles, which are based on the adoption of World Bank guidelines, as a minimum.

Those guidelines are currently under review and could be revised to such a point that they almost preclude lending to mining projects. I would encourage all those with an interest in the future of mining project finance in emerging markets to engage with the World Bank Group to protect the continued availability of finance for projects and to ensure the future of mining in Africa.

J Gerard Holden For the last six years, J Gerard Holden has been Managing Director of Mining & Metals at Barclays Capital in London. After qualifying as a chemical engineer with a BSc Eng (Hons) from University College London in 1984, he joined Barclays Bank PLC in London. There he has spent the last 19 years, working exclusively in the mining and metals and commodities groups on a broad range of mining and metal related financings, advisory roles and risk management transactions for clients worldwide.

He has authored and presented papers on mining finance, investment evaluation and sustainable development at international conferences.