In terms of gold reserves, Russia ranks fourth after South Africa, the US and Australia according to the US Geological Survey. South Africa, the indisputable leader, controls almost 20% of the world’s gold reserves. But Russia’s reserves are some 100moz, making up a significant 7% of the global total. In production, Russia ranks fifth after the aforementioned three nations plus China. But it is in production growth that Russia excels – during the last few years Russia’s rate has been the highest among all of the major gold producers. During 2003, the country produced 5.7moz of gold, representing another 4% year-on-year increase. Alexander Pukhayev reviews the past and looks toward the future of a sector that, since 1998, has enjoyed growth totalling 54%. 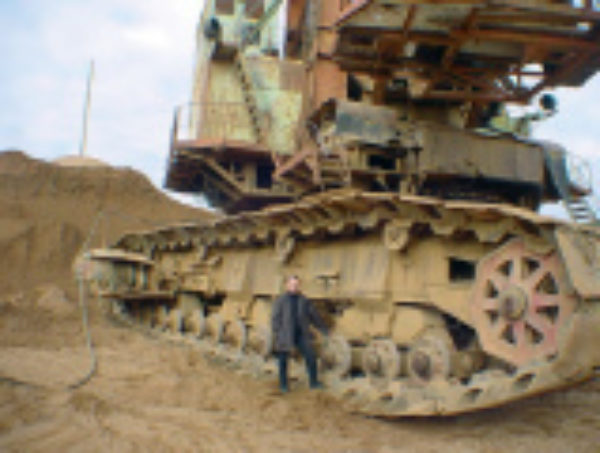 The gold sector is a rare segment in the Russian economy in that it enjoys tremendous participation by western strategic investors. With production divided between more than 400 companies – of which only two produce more than 300,000 oz each – the sector is quite fragmented. Such a proliferation of small companies might be considered the perfect environment for acquisitions, but during the 1990s the gold price outlook was not positive enough for large Russian companies to keep gold on their radar screens, opening up a window of opportunities for foreign investors. Another factor contributing to the attractiveness of the industry is that it produces a commodity that is traded internationally and can be exported, as are oil and base metals, enabling producers to raise the international long-term finance required to develop the mines.

Looking ahead, we expect the attraction between Russian gold and foreign investors to continue. Companies have taken over the cost of exploration from the state, and money spent will continue to reveal new deposits (there may be another Sukhoi Log, Russia’s largest undeveloped deposit with reserves of 32moz). In 2003, growth in reserves outpaced growth in production in Russia for the first time.

While the attractiveness of the gold sector correlates directly with the cyclicality in gold prices, it is worth noting that the cost of acquisitions in Russia is still very low compared to global standards. Thus, last year Norilsk Nickel paid $8.6/oz of reserves for Rudnik Matrosova, operating the Natalka deposit and, in 2002, $9.3/oz for Polyus, operating the Olimpiada deposit. Also, last year, Highland Gold paid $9.2/oz for the Mayskoye deposit.

The West Digs In

Companies wishing to join the Russian gold rush still face some legal obstacles and carrying out exploration and discovering a gold deposit does not automatically entitle a company to produce from it. Normally, an auction will be held. The company that discovered the deposit will have some advantages at the auction, but success is not guaranteed. Should the discovering company fail to win, they are compensated for their exploration expenses – but that is where their involvement ends. In order to better ensure their long-term involvement in a project, foreign companies usually seek a local partner knowledgeable about local conditions. 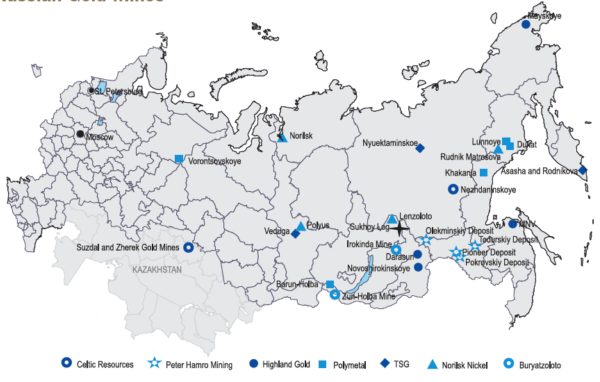 There is still a perception in Russia of gold being a strategic asset, which results in attempts to restrict ownership and development of larger mines to local companies. The Sukhoi Log tender terms, once announced, will be a good indicator of the Russian government’s readiness to open up the industry to international operators. As local players with financial strength and good political connections (e.g., Norilsk Nickel, ALROSA and Polimetall) become increasingly involved in the industry, it will become more difficult for international companies to acquire Russian assets without some form of local partnership.

Given that Norilsk Nickel is Russia’s largest non-ferrous miner, it is not surprising that it has raised interest in the sector with its large-scale shopping list. In October 2002, Norilsk Nickel made its first gold acquisition – Polyus, Russia’s leading gold producer – buying 100% of the company from Khazret Sovmen, an entrepreneur who later became president of the Adygeya Republic in the Russian Caucasus. That purchase catapulted Norilsk into the position of the largest domestic gold producer and twelfth largest internationally. Today, the company has moved up to become the world’s tenth largest.

Polyus has proved a very desirable asset. The company was significantly upgraded during 2001-2002, which increased its capacity by 60%. The previous owner had just finished building a second gold extracting factory that became operational at the beginning of 2002. Polyus was also quite technologically advanced, having developed its own bio-leaching technology.

Polyus was and remains a very profitable company – UFG estimates that in 2003 its net income was around $130 million on $300 million in revenues. And it operates the Olimpiada gold deposit, with combined reserves and resources of around 700 tonnes, in addition top holding licenses for another four deposits in the area – Tyradin, Olen, Blagodatny and Titimukhta.

Norilsk has also made a number of more recent acquisitions. On 6 August 2003 it won an auction for a 38% stake in Matrosova Rudnik, which holds the 7.8moz Natalkinskoye gold deposit. Current production is negligible, but the company plans to increase it to 320,000 oz per annum within a couple of years. This acquisition was followed on 17 September by the beating off of stiff competition to purchase a 44.9% stake in Lenzoloto – a strategically important move for two reasons:

Lenzoloto is located next to the Sukhoi Log deposit. Should Norilsk win the auction for Sukhoi Log, Lenzoloto could provide synergies for developing this huge resource. Norilsk estimates that it would be able to save $300 million by making use of Lenzoloto’s infrastructure during the development of Sukhoi Log. Norilsk’s control of Lenzoloto should reduce other companies’ appetite for Sukhoi Log. Had Norilsk lost the auction, others would have been more encouraged to bid. 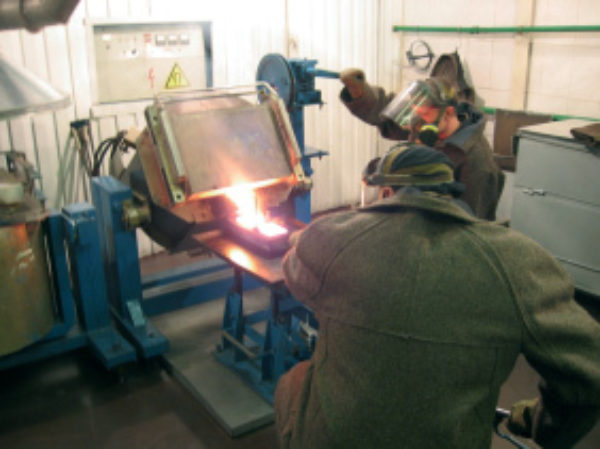 With estimated reserves of 32moz, Sukhoi Log is the largest undeveloped gold deposit in Eurasia. It is not, however, an easy deposit, mostly due to the fact that the gold content in its ore is relatively low – only 2.7g/tonne on average, although there are limited areas where it is as high as 5-7g/tonne, and there is the sweetener of a small PGM content of approximately 1.5g/tonne. It therefore requires significant capex of around $1 billion in total, which would make it a volume play with production of up to 1.5moz per annum – meaning that the deposit will only be profitable to investors with a serious commitment to the gold business.

The Sukhoi Log auction remains the main event to watch for both Norilsk and the Russian gold sector in general. Although it is planned to take place in 2004, given the continual delays over the past few years, we would consider it positive if it actually took place at all this year. While Lenzoloto gives Norilsk a competitive advantage, given the strength in the gold price, the gold sector in Russia is becoming increasingly lucrative, with heavy competition therefore expected.

Recently Norilsk made another bold move, supporting its gold strategy with the acquisition of a 20% stake in Gold Fields Ltd, making it the largest shareholder in the world’s fourth-largest gold producer and surpassing the record for the largest Russian cross-border transaction, set only a year ago with its purchase of Stillwater (a US PGM producer). Gold Fields produces 4.3moz of gold, with gold reserves of 80moz.

The stake was acquired at a 7% discount to the market price, i.e., at a price of $1,348/oz of production and $73/oz of reserves. The company was acquired for 13x 2004F EV/EBITDA and 18x 2004F P/E based on Deutsche Bank forecasts. Thus, the company is trading on low asset-based multiples but high financial multiples, which is in our view due to the high production costs.

There is still a lot of uncertainty surrounding the rationale for this deal – it is only a 20% stake, while minority shareholders hold the remaining shares. Consequently, if Norilsk decides to increase its stake, it is unlikely to be a cheap acquisition. The synergies between the two companies are still not clear since negotiations have just started, but one possible scenario is that Norilsk Nickel would propose a JV to develop Russian deposits such as Sukhoi Log. This would be positive for both companies, as Norilsk would be able to attract the expertise and technical support of Gold Fields, as well as cheaper financing, while Gold Fields would continue with its strategy of geographical diversification in order to reduce production costs.

The other possibility for Norilsk Nickel is to spin off gold assets in order to unlock their value. We value Norilsk’s gold assets at $4.5 billion and believe that they are currently getting lost within the company’s structure. With the Sukhoi Log auction being constantly postponed, no changes to the gold assets portfolio and no clear strategy in terms of separating the gold business, we believe that Norilsk Nickel currently lacks drive on the gold side. This acquisition could be a step in the right direction – if Norilsk Nickel is successful in negotiations with Gold Fields’ management. For now, however, we remain cautious and are monitoring further comments from the company regarding its strategic vision.

With the Russian gold sector displaying growth totalling 54% since 1998, for listed companies – Norilsk Nickel, Highland Gold, Peter Hambro, Celtic Resources, Buryatzoloto and Trans-Siberian Gold – we expect annual production growth rates in the range of 18 to 94% in 2004-7F.The sector continues to provide numerous opportunities for exploration, although the license for the largest deposit, Sukhoi Log, is still in the government’s hands. Russia’s leading gold miner – Norilsk Nickel, ranked tenth globally in terms of gold production – would like to see that change. And Western companies are no strangers here, being more prominent in Russia’s gold sector than in others. In fact, the sector recently saw Russia’s largest ever cross-border transaction – the acquisition of 20% in South African Gold Fields.

Alexander Pukhayev is UFG’s Metals and Mining analyst. Recruited as a junior economist in 1999, he was promoted to his current position in 2002. His research on the major economic and political drivers of the Russian market has made him a leading commentator on the sector. Following the formation of UFG’s strategic partnership with Deutsche Bank in 2003, he joined a global team of metals and mining analysts. Alexander is a graduate of Moscow State University of Commerce, where he majored in economics, focusing on international affairs and law.