The Golden Age of Hatton Garden

In 1510, a German alchemist and diplomat, Henry Cornelius Agrippa, was sent by the Kings of France and Austria on a secret mission to London. He left an interesting account of the city at that time, including a description of the area now called Hatton Garden. By the seventeenth century, the area's transformation into one of the world's major centres for goldsmithing, diamond trading and jewellery making had begun.

The district surrounding the old Roman road near High Holborn had long been home to the palace and gardens of the powerful Bishops of Ely and, in 157 6, one Christopher Hatton - who had impressed - Queen Elizabeth I with his dancing - was granted a house and grounds in Ely Palace. As was the custom, the bishop himself had little say in the matter.

It was the Age of Exploration, and during this time rough diamonds from Indi a were being carted from London's docks to the waiting smiths who lived and worked near what is now Goldsmith's Hall. By now, the famous Garden had given its name to the surrounding network of streets, the layout of which still retains much of its original character today. 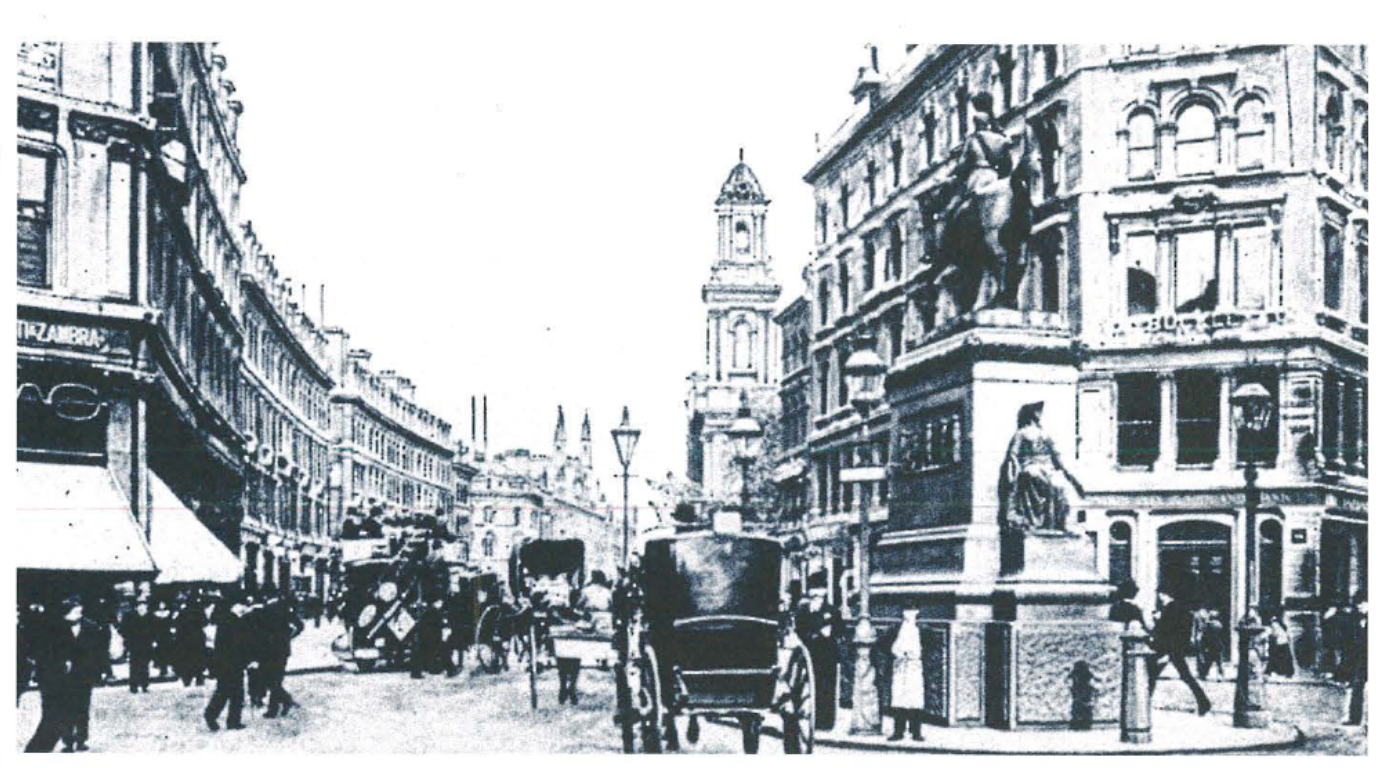 ln 1817, a local smith named Percival Nort on Johnson, a 24-year­ old who had begun his apprenticeship in the Worshipful Company of Goldsmiths at the age of 14, founded what is today the oldest surviving business in Hatton Garden: Johnson Mat they pie. It had been only two years earlier that Wellington defeated Napoleon's army at Waterloo. Britannia ruled more than the waves, and business was ready to boom.

Now any dealer will tell you timing is everything. But starting a business on one's wedding day would not be on the agenda of most business plans, especially considering that the day in question also happened to be New Year's Day 1817, when a young man's fancy might better turn to the medicine cabinet for a hangover remedy. Nonetheless, Johnson prospered through a combination of hard work and an impeccable reputation for accuracy and integrity. And when, in 1851, he was joined by partner George Matthey, their fledgeling company was immediately tested, as the California Gold Rush reached England's shores.

The Forty 'Niners of the American West were but one part of the avalanche of New World gold discoveries then taking place in North America and Australia. Having already established itself as the silver market of the world, the increasing flow of gold laid the foundations for London' s development as a major centre for bullion trading. Just how much gold was flowing is recorded by Edward Matthey in his Memoirs: "The Bullion Office at the Bank of England was sometimes flooded with gold. To meet the difficulty as to getting through the work, the Bank of England sent to Hatton Garden and Johnson Matthey were at once made' Assayers to the Bank of England'." 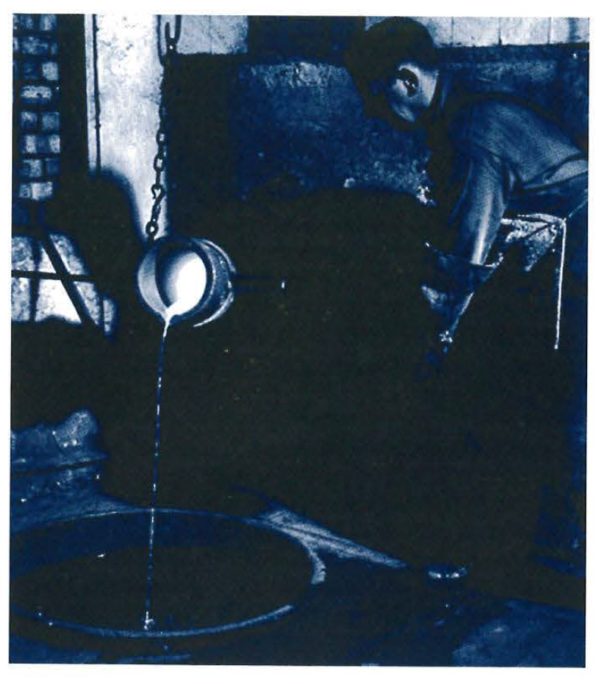 London also reaped the rewards of South Africa's Kimberley Diamond Rush, and Hatton Garden became a centre for the trading of rough diamonds in the 1870s, followed by the arrival of De Beers, fow1ded by Cecil Rhodes, who had long identified with the Oppenheimer family.

Hatton Garden's unique combination of raw materials (precious metal and stones, particularly gold and diamonds), the fabrication of precious metals for jewellery and industrial uses by Johnson Matthey and the availability of craft skills (goldsmiths, diamond cutters, polishers and setters) enabled the area to establish itself not only as London's jewellery quarter but as a major international centre for the gold and diamond industries in the twentieth century.

The area's reputation was probably at its height between the 1950s and 70s. During this period, Johnson Matthey retained a strong presence - it headquarters offices had one of the longest trade counters in London. For its part, De Beers constructed the complex of buildings on Charterhouse Street that has become the company's main commercial operation outside South Africa and also enabled London to host the world 's largest trade in rough diamonds. Whilst Hatton Garden also became a popular place for the public to purchase engagement and wedding rings, its main role was to service the trade buyer from the UK and overseas.

Over the past 15 years, the business profile and structure of Hatton Garden has changed significantly, witnessed by a major decline in the number of businesses involved in the jewellery sector and the spreading development of retail outlet s by manufacturers and wholesalers.

Nevertheless, the area has managed to consolidate and enhance its position. While the ongoing presence of major industry players continues to attract new arrivals, jewellery retailing has expanded to where the district now forms the largest single cluster of shops in the UK over 30 at the last count. Today, an ever-growing reputation for high-quality design rests solidly upon a strong local tradition of craft skills and the same sponsored apprenticeships that continue to train young jewellers almost 200 years afte1 the young Percival Johnson learned his craft.

Key challenges remain, however, and last year the need to tackle these brought together a partnership that includes the London Borough of Camden, the Hatton Garden Association (a local business group comprised mainly of jewellery retailers), De Beers and Johnson Matthey. This alliance also includes the City Fringe Partnership, led by the City of London Corporation.

Some of the proposals to emerge from the regeneration initiative include branding Hatton Garden as London's Jewellery Quarter; improving the street environment to create a more attractive shopping area (now underway); the development of new managed workspace for craftspeople working in the jewellery industry; and establishing a jewellery centre, incorporating a museum and education, training and trade facilities. These and other measures, it is hoped, will secure Hatton Garden's future as one of the world's major centres for jewellery, pernicious stones and metals.

The street of Hatton Garden, which shares its name "the surrounding area, extends from Holborn, in the south, to Clerkenwell Road in the north. The area is bounded to the east by Farringdon Road and to the west by Grays Inn Road.

Hatton Garden forms part of the City Fringe and is one of a number of areas characterised by the development of industries based on the comn10dities and raw materials that at one-time traded through the City of London in their physical form. The western part of the City Fringe is associated with the. jewellery and precision instrument industries of Hatton Garden and Clerkenwell.

Following the development of London’s role as one of the world's leading centres for trading in precious metals and stones, particularly gold and diamonds, the jewellery industry grew rapidly in the later years of the last century and for much of this one. 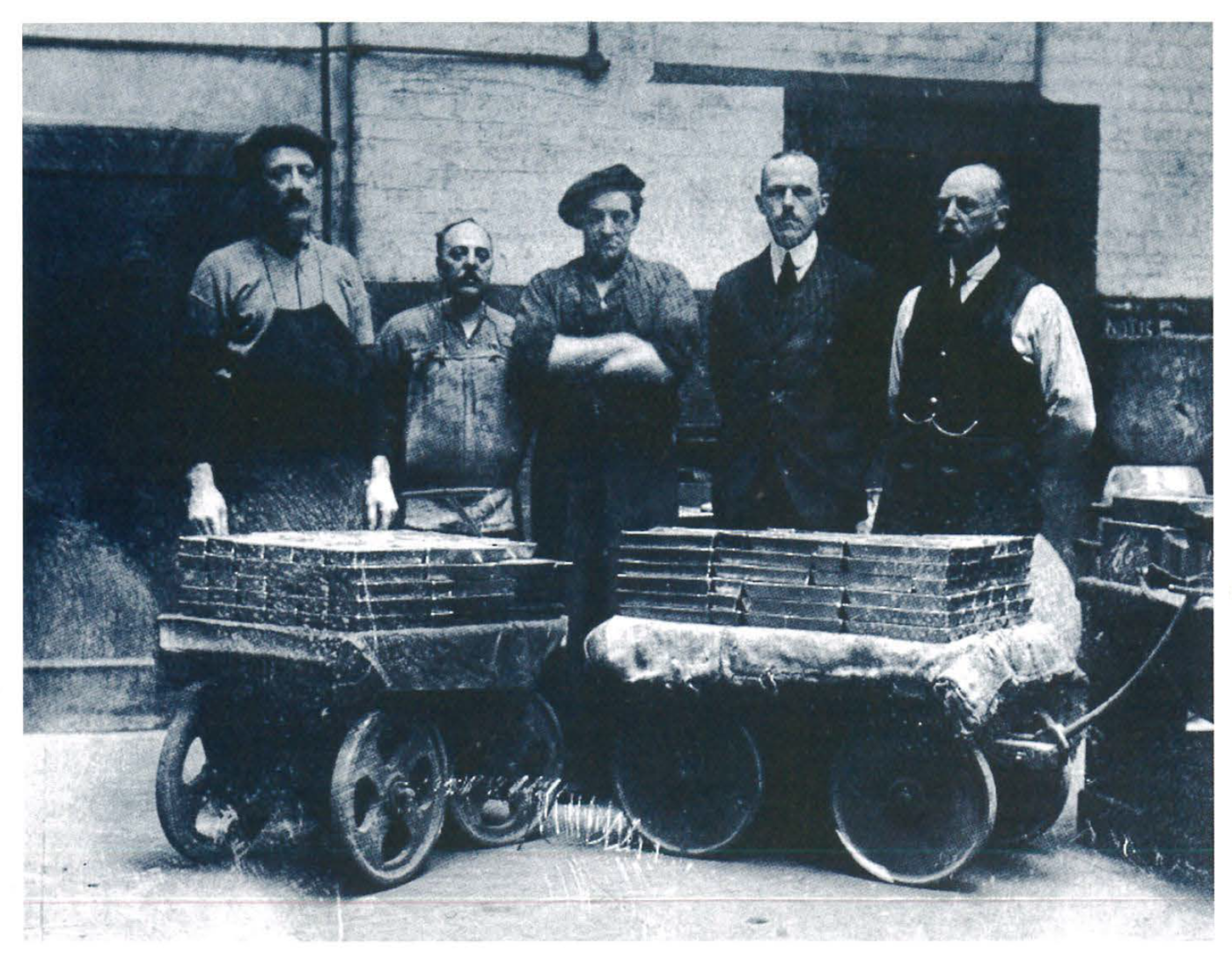