The Peaks of Perfection and £30,000 for Charity

Not bad for a day's work - on your day off 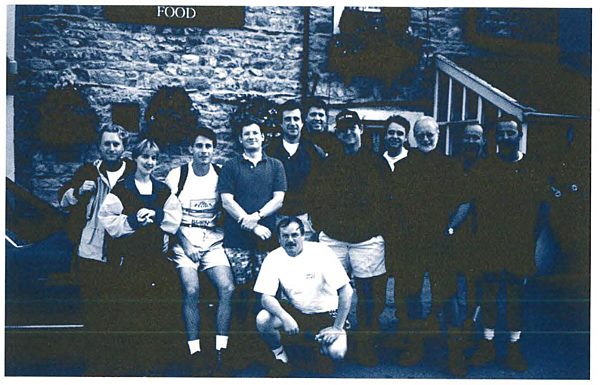 On 6 September, an intrepid crew of hardy volunteers tackled the three-peaked fury of the Yorkshire Dales to raise money for charity. The 14 who finished the 26-mile trek were not necessarily the same 14 who started. In fact, at one point, the headcount climbed to 19 as Emma Corcoran and Hayley and Olivia Allan, acting as cheerleaders, stopped to coax along with their whining, aged parents. And then there was the weather, which proved as up­ and -down as the terrain, with conditions deteriorating steadily throughout the day. Many of the walkers had quite sensibly dressed to cope with either heat or cold but found the driving rain more difficult to bear.

The good news is that everyone got back safely and the spirit of the team remained undaunted. Equal to the high spirits of the walkers themselves was the generosity of the Bullion Market as a whole, which contributed £30,000 to the major beneficiaries, Fragile X, named for the most common inherited cause of learning usability, and Future Hope, a charity that provides a home for abused and underprivileged boys in Calcutta.

The team thanks all those who gave so generously to these very worthy causes. Toward that end, the survivors of the walk will join representatives from both charities at a small gathering on Friday, 31 October at the offices of JP Morgan. Any and all interested in sharing a glass of something cold and listening to some undoubtedly true war stories are welcome.