Atomising creates fine-grade precious metal (PM) powders which have made a compelling impact on world markets. It liberalises alloy composition for PM refining and produces powders for many distinct industrial applications. PM powders have triggered the creation of heretofore unimagined products, and new industries have been forged with slashed costs and bolstered profits. 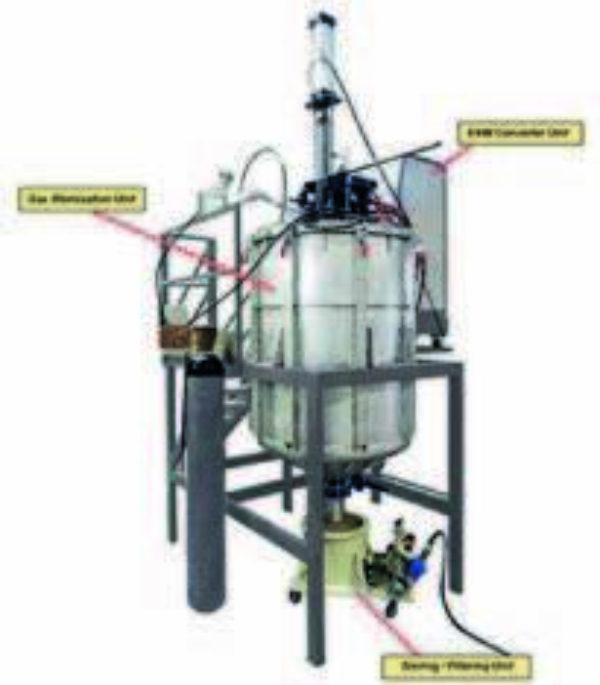 Water and gas atomisation (WA and GA respectively) have broadened the range of PM products, advancing from ‘standard’ ingots, bars, medals, etc. to atomised powders. The value of PM ingots (and their jewellery) depends on the world market for that PM, and on the fluctuations in the demand for them. As the capacity to form new alloys and chemical compounds from a PM powder develops, then in tandem, the PM takes on an elevated and stable value.

The production of PM powders by WA permits the broadening of the composition of raw gold alloy to be refined directly by wet chemical processes, i.e. by one process rather than by two, making it faster, and saving energy, chemicals and manpower. Now we can directly refine gold alloys with up to 20% silver. For GA-formed powders, the vast quantity of their industrial applications has led to a stable demand for those PMs.

The use of atomising technologies permits the synthesis of a variety of alloys. It is now possible to fabricate components that otherwise would decompose or disintegrate. All considerations of solid-liquid phase changes can be ignored, so powder processes are more flexible than casting, extrusion or forging techniques. For example, we can now have a controlled and uniform porosity of solids.

“The use of atomising technologies permits the synthesis of a variety of alloys.” 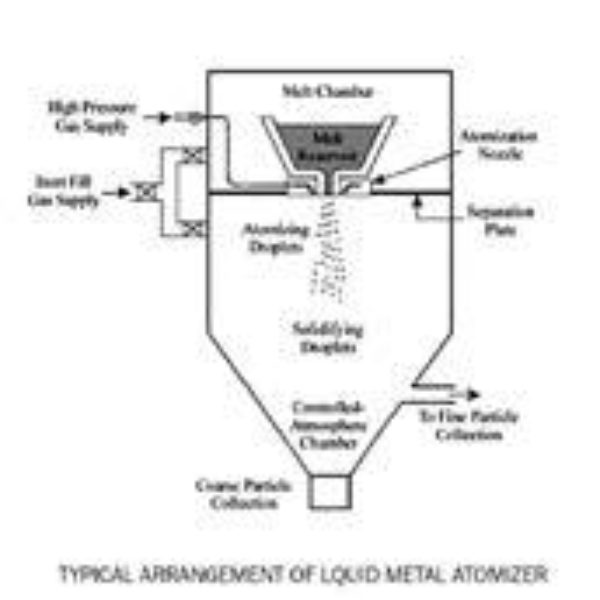 PMs in the form of metals, alloys and chemical compounds have found wide utilisation in metallurgy, glass and ceramic production, nuclear power, lighting, television and laser techniques, the chemical industry, medicine and agriculture.

There are four fundamental procedures that constitute the state-of-the-art of PM powder production today.

Most of these processes generate significant problems:

d) the need to filter and wash the powder.

a) the difficulty in controlling the size

b) the limited production

In atomisation, the molten metal (melt) produced by induction melting furnaces is bombarded with ultra-high-speed jets of water or gas. The high energy of the jets destroys the liquid sur face of the melt, effecting a transfer of energy which results in the fractioning of the melt into droplets and then into powder.

When a gas jet is taken to supersonic speeds, we can see a parallel situation that we are all familiar with. Turbulence is created when a supersonic airplane ‘breaks’ the sound barrier, i.e. goes faster than the speed of sound (approximately 1,235 km/hour), and we hear a ‘sonic boom’ which is a physical expression of that turbulence. Some GA processes in fact blast the melt with a supersonic gas jet to achieve that more intense turbulence, yielding a finer powder.

The design of the atomising plants varies greatly. Generally, there is a tundish crucible melting chamber equipped with induction heating. By definition, all induction heating is without a flame. The chamber may have an atmosphere of inert gas, with a pneumatic stopper closed orifice at the bottom. When the stopper is elevated, the melt flows downwards into a second crucible which diffuses the liquid into a large collection bin whose size is consistent with that of the diffusion. Then nozzles introduce jets of high-speed water or gas at a short distance from the falling melt as it leaves the second crucible. It is also possible that there is no second crucible and the jets impinge the melt as it escapes the first crucible. The homogeneous impact of water or gas on the melts results in the homogeneous size of the particles of the resulting powder. This is very different from the results of powder created using other technologies, e.g. plasma, which have no control over the size of the powder particles. Impingements during atomisation influence particle size, particle size distribution and particle shape.

The method of collecting the powder varies with water or gas atomisation. 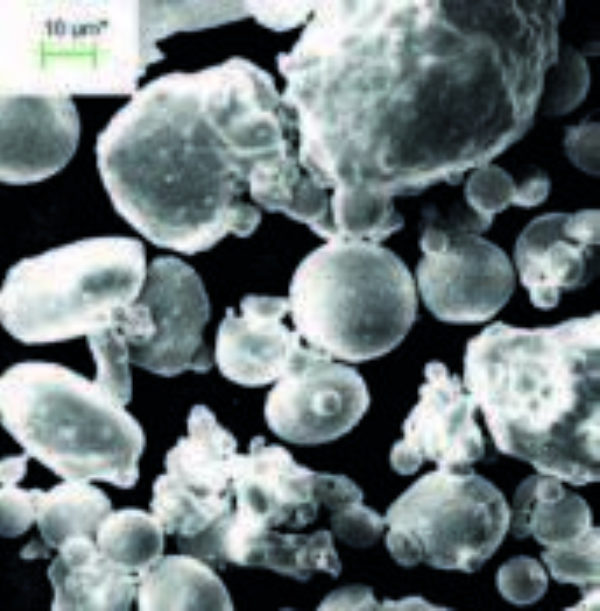 When the diffused stream of melt is blasted by high-velocity jets of water, the resulting powder cools before it reaches the bottom of the collection bin. The powder solidifies faster than by gas atomisation. The faster the solidification rate, the bigger the particles. The use of WA also results in the irregular form of the powder particles and a wider particle size distribution, resulting in greater porosity. With greater water pressure, the particle form degrades considerably to greater irregularity. Particles of WA powder generally have a pronounced uneven surface compared to GA powders. The combination of irregular shape, surface roughness and porosity is an important feature of WA powders.

This procedure is less expensive. For high-yield, low-cost production and safe engineering, WA is usually preferred over GA, as long as the powder characteristics are compatible with the application.

The main limitation of WA is powder purity, especially for metals and alloys inclined to oxidation. However, owing to the higher cooling rate of the melt, the average thickness of surface oxides is similar to that in GA powders. This is realised, in particular, in WA aluminum alloys. 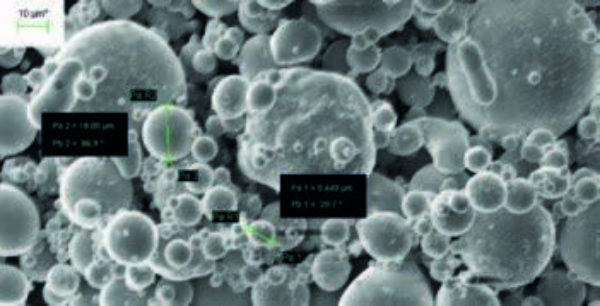 In GA, the melt is dispersed by a high-velocity jet of air, nitrogen, argon or helium. This atomiser design aims to contact the melt stream with the gas close to the gas jet exit plane where the highest velocities exist. It leads to efficient break-up of the liquid, resulting in finer powders.

The use of GA results in the regular spherical form of the powder particles and there is a tighter particle size distribution. The relatively low cooling rates intrinsic to GA result in fine- scale microstructures and so the sur face of GA particles is generally smooth, resulting in little or no porosity. There is a notable absence of impurity effects and sur face oxide films.

The quantity of GA powders produced worldwide is far less than that of WA powders, but in market value terms, they are about equal.

The Future Of PM Powders

The future of alloys and chemical compound’s attained from PM powders is radiant. It signals an imminent and substantial growth in profits for those who have made investments in PMs, far beyond the equivalent value of PM ingots in terms of weight. Possibilities for the use of these powders, far from being exhausted, are being briskly expanded as properties of new alloys and compounds are studied, a true wonderland of opportunity.

Dr Guidali holds a M.S., Ph.D. in Chemical Engineering, and specialises in work on PM refining processes and technology as well as plasmas deposition techniques. He is the current CEO of Italimpianti Orafi in Arezzo, Italy. He worked extensively in the field of Precious Metal refining in Switzerland with Argor-Heraeus Group, one of the world leaders in the field. He also worked in plasma PVD applications for coatings and powders manufacturing. Since his return to his native Italy in 2008 he has applied his experience in both administrative skills and technical knowledge to help Italimpianti achieve international prominence.