How do you become the Global Head of a commodities trading company? During his interview for the Voices of the London Bullion Market project, Jeremy East provided insight into how his own career path led the way to him taking on such a role. 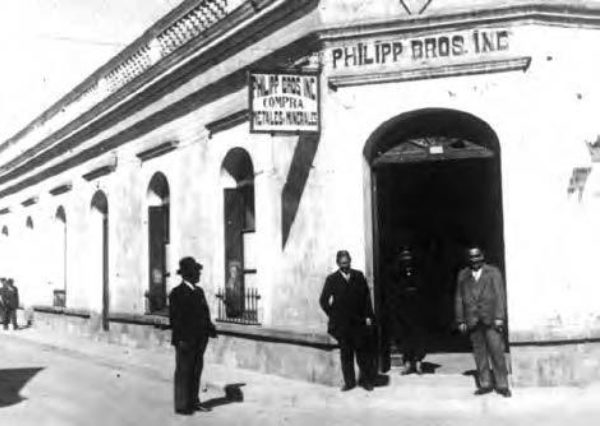 On leaving university armed with a degree in Economics and Economic History, Jeremy took a short three-month break in the South of France, returning to his parent’s home penniless and in need of work. Having worked his way through university doing a number of temporary jobs that paid quite good money but had no career prospects, his initial thought was that milkmen work short hours. He applied to the local dairy, but when they saw that he had a degree, they thought it was a practical joke and he was rebuffed. A local job agency then set the wheels in motion for an exciting career in finance, enabling him to live and work around the world.

The first step in his career path was taken in 1980 following an interview for a telex operator post in a commodity trading team at Derby, part of Philipp Brothers, one of the largest commodity companies in the world. As part of the interview process, he was invited to tour the dealing room, and as he stood mesmerised by the sight of the trading floor with its atmosphere, noise and fast- paced environment, he instantly knew this was where he wanted to be. However, he was jolted back to earth when told he wasn’t right for the advertised position. Instead, he was offered the role as the company’s first graduate trainee, which he immediately accepted. Strangely, as fate would have it, his first intern role was telex operator in the gold department. The telex was similar to the Reuters desk of today. There was a bank of screens and operators sat on wheeled stools, rolling themselves back and forth making and changing prices and trading.

Running not reading a book

Over the next few years, Jeremy rotated through the various departments within the company before ending back in the gold department. His on-the-job training saw him go into the back office, providing him with an understanding of settlement procedures, payments and transfers, so that when he moved to the front office, he understood what was going on behind the scenes. As he progressed through the company, he sat alongside the commodity traders, helping them with their positions. Showing promise, he was trained to run a book, the first being silver. 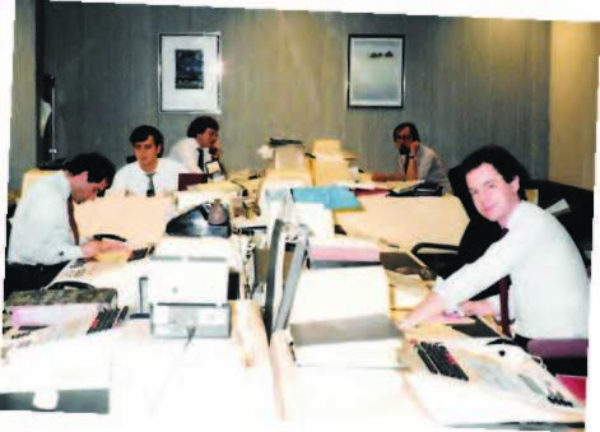 Unlike today, all trades were made over the phone. People phoned Derby, a primary market maker, for prices. There were no such things as credit lines. Trust and integrity were at the core of how business was done. London was very much a spot trading market– you bought if the price of metal went up and you sold when it went down. The greatest challenge was in knowing, when someone called for a price, whether the market was going up or down. Most traders had a natural instinct, a feeling for what was happening. Jeremy worked alongside Robert Stein, who he classes as one of the great traders. Robert was very disciplined with his trading but also had a great feeling for the market. If he felt the price might be going up, he would start the day by selling. If he sold and the price didn’t go down, this gave him an indication that he was right, and he would start buying. He had a track record as a profitable trader for many years.

“As fate would have it, his first intern role was telex operator in the gold department.”

The telephone was the trader’s greatest asset. Jeremy recalled how Robert would call Andrew Stoppani over at Drexel Burnham and ask him to make a gold price for Derby, and at the other end, he might say ‘I could do more’, then you got a good idea that there was going to be some serious buying around and that we might turn our entire position” – although, it could have been that he was playing a game of ‘cat and mouse’ and didn’t really have an order to fill but was just trying to see if Derby had an order to sell. As a 21-year-old, it was an exciting world for Jeremy to work in. The average age of the team was 24. Unlike today, where people need to have university degrees and impressive CVs, in the 1980s, anyone who fancied themselves as a bit of a trader could call up any of the trading companies, which might take a chance on them becoming brilliant.

Buying and selling on the fix

Breaking the gold trading monopoly of the traditional five bullion firms which ran the gold fix was the greatest challenge Derby faced in order to increase the company’s market position. The Derby team was headed up by Guy Field, who in order to break down some of the barriers, decided that Derby would adjust its fixing commission. Traditionally, if you were a seller on the fixing, you paid a premium of 5 cents and if you were a seller, you received a premium of 25 cents. Derby introduced rates of 10 cents and 20 cents respectively. This move diverted business to the firm, increasing volumes through its books. It also encouraged other financial institutions to trade precious metals as they became more aware of the financial gains. Generally, the standard trade between the fixing companies was 4,000oz (10 bars).However, once the market expanded, it wasn’t unusual for Derby or Drexel to quote each other larger volume trades of 10,000oz or more.

“It evolved from a purely intuitive ‘seat of the pants’ spot market to now include amore mathematical formulaic forward market.”

For a long period, the market remained very active. Buying and selling generated all the revenue. As volatility declined through the 1990s, there were many days when gold only had a $1 daily range. Jeremy was part of the generation of traders who developed the forward market. Forced to move away from planning trades on the back of a cigarette packet to using a Hewlett Packard calculator – although it would still be some time before the technology of today would be developed – the market became more sophisticated and mathematical. The growth of long-dated producer hedging, and short-dated central bank lending brought new types of exposure to the market. It evolved from a purely intuitive ‘seat of the pants’ spot market to now include a more mathematical formulaic forward market. The profit and loss swings also increased dramatically as the main market players started to carry significant gold and USD PV01 positions down the curve. At this time, 50 basis points was the typical bid-offer spread for gold forwards and US interest rates were around 10%.

“This network, when combined with regulatory approvals, positioned the bank as a market leader in the region. It was also recognised by Asia Risk magazine in its 2016 awards.”

He remained with Philipp Brothers for 20 years, trading base and precious metals. After the closure of Philipp Brothers in 1990, he joined Salomon Brothers to run the precious metals business in London, later relocating to join Phibro Energy, part of Citibank. In 2001, he was headhunted by Commerzbank to become its Global Head of Precious Metals – Trading and Sales. He also became a board member of Swiss gold refinery Argor Heraeus.

He joined Standard Chartered in 2006, where he built up the bank’s commodity trading business, concentrating mainly on precious and base metals, and introduced commodity inventory (trade) financing, which in turn covered energy, soft and agricultural commodities. He also oversaw the development of Standard Chartered’s agricultural trading platform. In 2013, he relocated from London to Hong Kong to drive the growth of the business in Asia in order to position Standard Chartered Bank to benefit from the fast-developing Chinese markets, the internationalisation of the RMB and the One Belt One Road initiative. Asia was no longer the ‘night watchman’ of the gold market. China especially was starting to make not just take prices.

During his time in Asia, Jeremy built a deep network of senior contacts, not only in China and Hong Kong, but across Southeast Asia too. This network, when combined with regulatory approvals, positioned the bank as a market leader in the region. It was also recognised by Asia Risk magazine in its 2016 awards.

Under Jeremy, the bank became the first international member of the Shanghai Gold Exchange and the Shanghai Gold Exchange International Board, for which Jeremy is an International Advisor. He is also a member of the Hong Kong Exchange’s Gold User Committee and, until recently, he was a member of the Management Board and the Membership Committee of the London Bullion Market Association. He has now set up a new commodity consultancy company based in Hong Kong – East Wind Capital – which is focusing on building connectivity between offshore and onshore markets.

“During his time in Asia, Jeremy built a deep network of senior contacts, not only in China and Hong Kong, but across Southeast Asia too. This network, when combined with regulatory approvals, positioned the bank as a market leader in the region.”

Dr Michele Blagg (BA, MA, PhD) is an historical consultant, researcher and writer who works independently offering client services, specialising in financial and business history. She holds a PhD in History from King’s College London, which was funded by The Rothschild Archive in collaboration with the Arts and Humanities Research Council. Her doctoral research focused on the Royal Mint Refinery operated by N M Rothschild & Sons between 1852 and 1968 studying how it adapted to change within the London gold market. She worked for many years in the financial services industry before pursuing her studies in Political, Economic and Social history. She received a First-class BA (Hons) from the Open University and subsequently, an MA in Contemporary British History from the Institute of Historical Research. She recently qualified in Global Risk Analysis and Crisis Management at Vesalius College, Brussels, gaining an in- depth knowledge, together with a wide range of practical tools, in identifying and analysing global security risks to advance effective responses to humanitarian, military and political ‘complex crises’.

Engaged by the LBMA in 2014 she managed the oral history project ‘Voices of the London Bullion Market’. Sitting as an Executive of the Business Archives Council, she promotes the preservation of business records, encouraging interest in the history of Britain. shel.blagg@btinternet.com