How is the Indian Gold Market Coping with the Challenges of COVID-19? 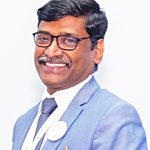 While 2020 saw gold jewellery demand hit a multi-decadal low, it also witnessed a stupendous increase in subscriptions to gold ETFs and Sovereign Gold Bonds in India. Last year also brought out the best in innovations and reforms. However, the situation is very different in 2021. Although this year began with a lot of optimism, a devastating second wave of COVID-19 at a time when industries are limping back is not welcome. In this article we focus on how this is expected to affect the Indian gold and jewellery industry.

The first wave of COVID-19 had a devastating impact on gold jewellery consumption in India, pushing it to a multi-decadal low of 315.9 tonnes in 2020 against an annual average of 582.3 tonnes between 2015 and 2019 (Source: GDT, World Gold Council). However, 2020 reaffirmed Indian housewives’ belief in gold, as gold gained larger acceptance as a must-have asset class in any portfolio.

2020 also saw increased acceptance of paper forms of gold in India, as these were convenient, accessible online and not limited by lockdown. For instance, Sovereign Gold Bonds (SGBs), a popular paper product issued by the Reserve Bank of India on behalf of the Government of India, witnessed an unprecedented subscription of 32,350kg through 12 issues during April 2020 to March 2021 alone, compared to 30,955kg subscribed over 37 issues between 2015 and March 2020.

THE FIRST WAVE OF COVID-19 HAD A DEVASTATING IMPACT ON GOLD JEWELLERY CONSUMPTION IN INDIA PUSHING IT TO A MULTI-DECADAL LOW OF 315.9 TONNES IN 2020

As of 31 March 2021, the total gold accumulated under SGBs was 63,307kg. Like-wise, Assets Under Management (AUM) of gold exchange-traded funds sky-rocketed to roughly US$2 billion as at the end of December 2020, as against about US$800 million as at the end December 2019, according to the Association of Mutual Funds of India.

One of the positive developments of COVID-19 in 2020 was technology integration into gold jewellery manufacturing. Every aspect of manufacturing – generation of new concepts, creation of design, development of prototypes, approvals of final design, manufacturing through multiple remote centres, B2B exhibitions, negotiation and payments – moved online. Many of these developments would become the new norm going forward.

The impact of technology at the B2C level was palpable too. Electronic catalogues, virtual reality (VR) rooms, jewellery at your doorstep and e-commerce channels are some of the innovations that jewellers have adopted to retain existing customers as well as to attract new ones. Here again, the retailers that adopted these technologies have gained substantial advantage over the traditional players.

Exchanges Led the Innovation in the Marketplace in 2020

The MCX, NSE and BSE1 are the three major commodity derivatives exchanges that offer gold and silver contracts. Each of these exchanges launched gold mini options contracts, as well as embracing the India Gold Delivery (IGD) norms and accepting IGD gold bars as deliverable against the gold mini options contracts. In addition, the NSE launched a unique refiner accreditation programme for BIS2 approved refiners comprising due diligence of the supply chain through third-party audits. Four refiners have qualified so far under the programme.

The MCX, the market leader in gold and silver derivatives, also launched MCX Bulldex, an index comprising gold and silver as its constituents, which tracks the MCX futures prices of near-month gold and silver contracts. The product caters to portfolio diversification.

2021 Began with Lots of Expectations

2021 began with a lot of expectations, especially following the excellent work by all the departments of the government and the healthcare sector in successfully containing the first wave of COVID-19. The icing on the cake was a gift from the Finance Minister in the form of a cut in customs duty on gold and other precious metals on 1 February 2021. This, coupled with the stable price of gold in the international market, led to a 10% drop in the price of gold in the Indian market in March 2021.

Foreseeing a surge in demand for gold jewellery during the ensuing marriage season, scheduled to begin from the third week of April and continue for about 75 days, and to mark other important occasions such as Akshaya Tritiya (during mid-May) and Ramadan, imports of gold bullion increased during March 2021 to 98 tonnes. Then we were hit with the COVID-19 second wave.

COVID-19 Second Wave and Its Impact

Unfortunately, nobody could have foreseen that the second wave of COVID-19 would, in such a short time, sweep across the entire country and cause such havoc. As we stand today, India reports one of the highest numbers of cases and faces the twin challenges of inadequate beds and insufficient oxygen supplies for patients.

The government along with the other agencies is doing its best to bring the situation under control. It is expected that positive results will be seen on the ground in a month or two.

Lockdowns have been reimposed in several states. Social gatherings are either prohibited or strictly monitored. As a result, marriages (an important demand driver for jewellery) are getting either postponed or reduced to a small gathering. Micro, small and medium-sized companies, which were just getting back on their feet, are once again suffering the most.

Responding to these situations, jewellery retailers have either cancelled their orders or have reduced them significantly. Prominent manufacturers expect a drop in domestic demand of between 20% to 30% in the next two to three months. In so far as the export demand for gold jewellery is concerned, there is a slight improvement from 2020 levels, although they are still much lower than those in 2019.

The second wave has come at the most inappropriate time and, hence, could delay the recovery of the gold jewellery manufacturing industry. In addition, as gold purchases are strongly linked to growth in income levels, the second wave and its consequent economic loss could further hit demand for all forms of gold. So, the short-term prospects for gold and gold jewellery in India is bleak.

In India, the second wave of COVID-19 has caused a devastating impact on income, livelihood and health. It will take at least a month or two for normality to return.

Given this scenario, the demand for gold jewellery is expected to fall by 20% to 30% over the next three months. In a falling market, investors will not be keen on buying paper products either. So, overall demand in the short-term is expected to be lacklustre. As a result, the recovery of the jewellery manufacturing industry is expected to be a slow drawn-out process.

However, the appeal of gold as a reliable asset is well entrenched among Indians. So, when the situation returns to normal, hopefully within three to six months’ time, the demand for gold and gold jewellery is expected to jump steeply.

2 BIS – Bureau of Indian Standards, a standards-setting body of the Government of India 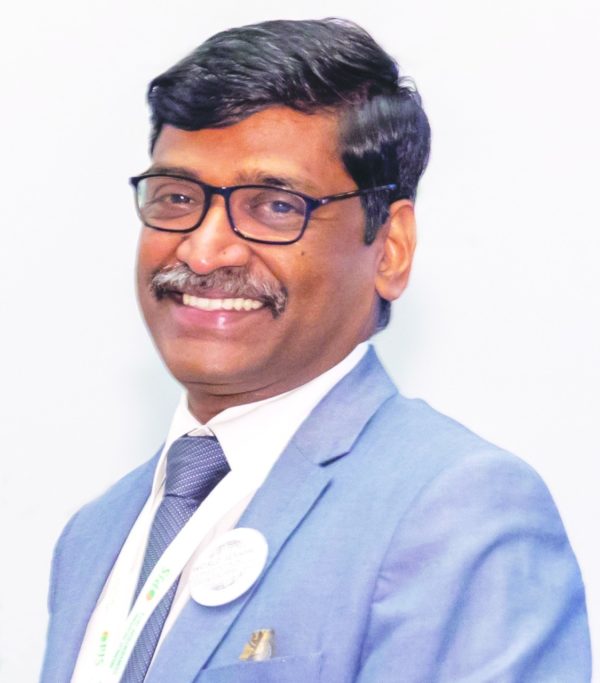 Srivatsava Ganapathy (vatsa) is the CEO of Eventell Global Advisory Private Limited. Eventell is a start-up by a group of experienced professionals specialised in creating industry platforms (physical, digital and hybrid versions) for commodity sector through path-breaking conferences and industry-relevant research and insights.

Eventell provides concise insights on global bullion market and industry through its web portal, www.bullionworld.in and a monthly magazine by the same name. For more information on Eventell, please write to gsv@eventellglobal.com.